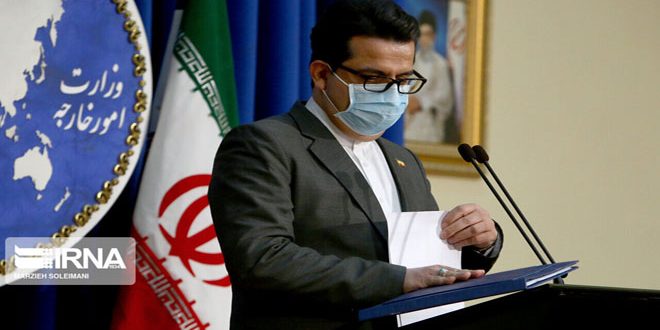 During the press conference, Mousavi pointed out to the signing of the agreement for enhancing military and security cooperation between Syria and Iran last week, affirming that military cooperation between the two countries is deep-rooted and it is not a new matter; rather it has witnessed a growth since the victory of the Islamic Revolution.

He said that the distinguished relations between the two countries have great significance in this new period where Syria and its people face foreign aggression and terrorism directed by regional and international powers, noting to the Iranian advisory presence in Syria which is upon an invitation by the Syrian government and people.

2020-07-13
hybah
Share
Previous Health Ministry: Everyone must cooperate and commit to prevention to limit spread of COVID-19
Next A fire extinguished in Bab Mousalla, damages restricted to materials