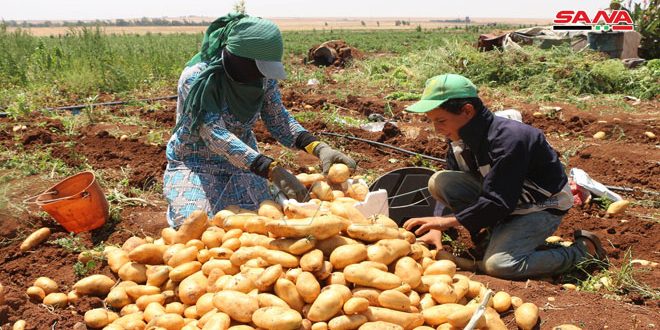 Daraa, SANA- The potato agriculture in Daraa province ranks second in the province among the vegetables in terms of the cultivated areas and the production which exceeds 80 thousand tons.

Farmer Mohammad Hijazi told SANA reporter that the current period witnesses the harvest of the potato crops and it will be directly followed by cultivating other crops to benefit from the land.

Hijazi added that the famers call for increasing the amounts of fertilizers and fuel allocated for the agriculture.

Head of Agriculture Guidance Department at the Agriculture Directorate Mohammad Shihadat said that the areas cultivated with potatoes for the current season have reached up to 2750 hectares and the production is expected to reach up to 80,5 thousand tons.

Shihadat added that the farmers depend on the mechanized agriculture, affirming that the Agricultural Guidance Directorate has worked on spreading a number of the modern techniques, on top the modern irrigation.

The current potato season is good in comparison with the previous seasons, according to peasant Radi al-Radi from Nassib who noted that the farmers are determined to continue the agricultural work and to supply the market with different types of vegetables.

He added that the local markets have been supplied with a large part of the production while the rest will be put stored at the refrigeration units for two months and then it will be brought back to the markets. 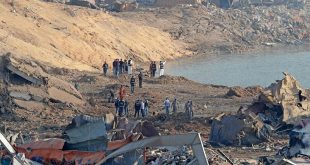