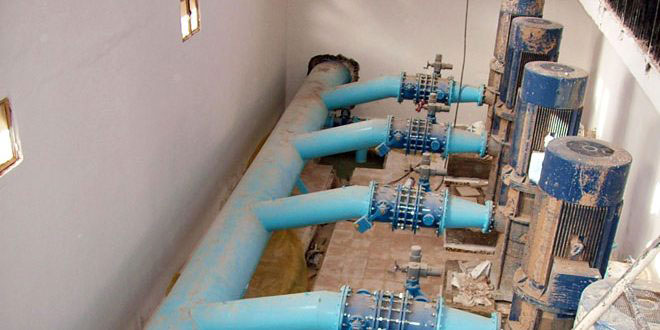 Hasaka, SANA- In the framework of their criminal acts against the civilians, the Turkish occupation forces and their mercenaries of terrorist organizations cut the drinking water supplies to Hasaka City through stopping the water pumping from Alouk plant in Ras al-Ayn countrysideو threatening the lives of about a million of Hasaka locals and its countryside through depriving them of water.

Alouk water plant on Friday went out of service after the damage which was inflicted on the line 20 K 0F which feeds the plant due to the fierce clashes between the mercenaries of the Turkish occupation.