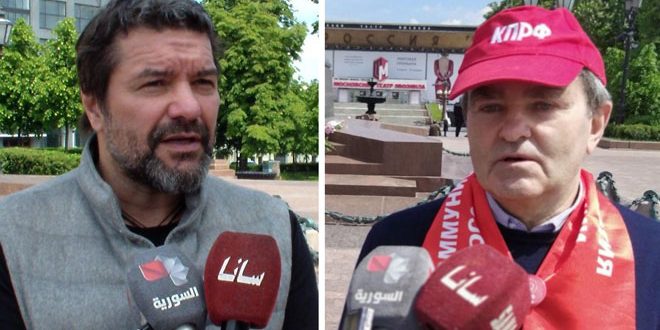 Moscow, SANA_ Member of the Russian Duma Alexander Yushenko has said that the United States continues its aggressive policy against Syria.

In a statement to SANA reporter in Moscow on Monday, Yushenko condemned the western coercive measures against Syria including the so-called ‘Caesar Act’.

“Since more than 9 years, Syria confronts a terror war that has been backed by the US, EU and other foreign forces,” he said, clarifying that US and its western allies resorted to a policy targeting Syria’s economy after the victories achieved by Syria over international terrorism forces.

Yushenko affirmed that the US pays no heed to the countries’ sovereignty and peoples’ rights, calling on Washington to pay attention on its internal affairs.

He pointed out to the importance of strategic cooperation between Syria and Russian in all fields, including the parliamentary cooperation.

Advisor of the Communists Parliamentary Bloc in Duma Sergei Temokhov said that the so-called ‘Caesar Act’ violates both the fundamental principles of international law and Syrian people’s legitimate rights.

“This US act targets not only Syria but also the countries that have cooperation relations with it, mainly Russia and other countries,” he added.