17 fires put out in Homs province-Photos 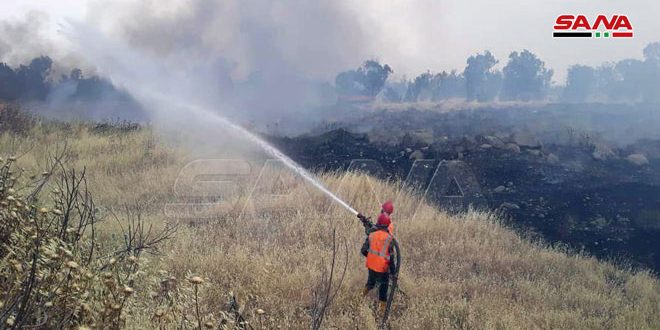 Homs, SANA- Teams of Homs Fire Brigade, in cooperation with the Civil Defense, put out a number of fires that erupted on Tuesday in different areas across the province.

Jouda affirmed that all the fires were controlled and they were put out completely, indicating that the brigade is ready around the clock to extinguish any fire.