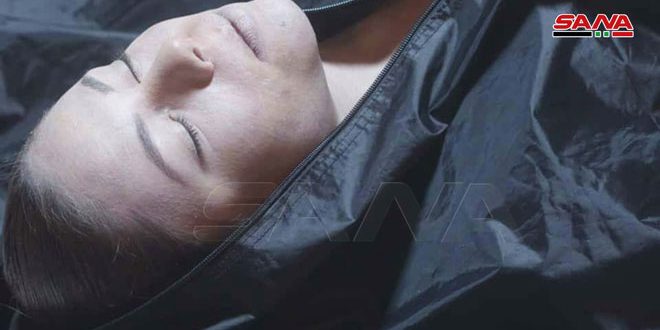 Damascus, SANA- Misleading media campaigns practiced by the Western media since the beginning of terrorist war on Syria is persistent in politics and economy, and now the Syrian drama which is targeted by a systematized misleading campaign. 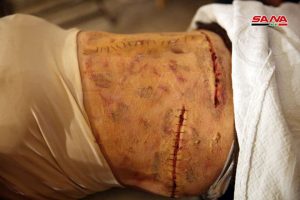 A further attempt today by the Western media and those behind it is to target the Syrian drama, particularly, the drama series of “An Interview with Mr. Adam”, whose episodes attracted a high percentage of viewers in Syria and abroad.

In a lengthy article for an author from Istanbul, the Guardian newspaper claimed that in one scene of the series regarding a crime against an Egyptian girl, and while making a test for the body of the victim, the director of series used a photo for “one victim of the Syrian prisons” according to a group of claimed photos published by the so-called “Caesar.”

The British newspaper published a photo saying that it belongs to the girl whom it claimed that the director used, but in comparison between the published photograph and the real one of the victim in the scene of unveiling the body, it was clear the volume of difference, thus the volume of fabrication and forge practiced by the departments hostile to Syria in politics and media. 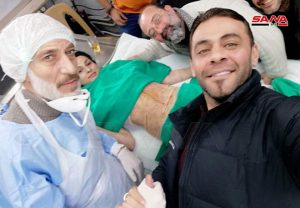 Speaking to SANA, director of the series, Fadi Saleem said that the one who played the victim’s role in the series is Tunisian actress Salma Galal, and she was subjected to face makeup by Mr. Ahmed Haider, while the belly makeup was carried out by a Syrian girl (the extras actress) and that these actions were carried out at the Mouwasat Hospital.

Director Saleem showed videos and photographs of the make-up operations in which, the Tunisian actress had undergone face makeup as well as belly makeup of the extras actress taken during the montage operations with the hero of the series, actor Ghassan Massoud and others.

The new campaign aims to return life to the fabricated drama of “Caesar,” launched before many years against Syria to which the US administration tries today to exploit in order to justify the issuance of its so-called “Caesar act.”

As for the reason behind the attack against the series for this year, Saleem said that the Syrian drama has produced many series like “the guard of Jerusalem” and “An Interview with Mr. Adam” and many other that attracted high level of viewers from the Arab nation and the world.

2020-05-20
m.eyon
Share
Previous Army’s checkpoint in Tal Tamer intercepts a US occupation convoy and prevent it from crossing
Next With documents… Britain has run a media misleading campaign against Syria since the beginning of war on the country 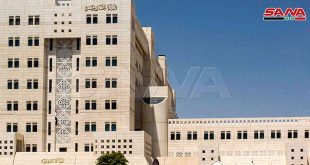 Syria condemns in strongest terms US aggression on its sovereignty

Damascus, SANA -Syria condemned in the strongest terms the US aggression on areas in Deir …