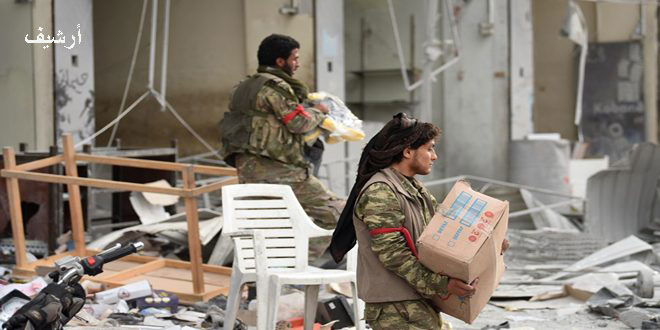 Aleppo, Hasaka, SANA- Forces of the Turkish occupation and its mercenaries of terrorists continue attacks against the locals in Afrin area and its countryside, north of Aleppo, and they practice acts of intimidation and blackmail against the locals to displace them in parallel with their hostile practices against the Syrian territories and the establishment of several military posts in Ras al-Ayn, Hasaka countryside.

SANA’s reporter in Aleppo said that the Turkish regime and its mercenaries of terrorists are continuing to attack the locals and to tighten the noose on them in Afrin City and its countryside, northwest of Aleppo, to force them to leave their homes and they prevent them from returning with the aim of putting terrorists and their families in their homes after displacing them.

Local sources said that the locals are daily facing acts of kidnapping and arrest, in addition to looting their sources of livelihood by members of the army of Turkish regime and the terrorist groups which are backed by the Turkish occupation in a way that shows their desperate attempts to displace them from their homes.

Earlier, forces of the Turkish regime have confiscated many of the locals’ houses in Afrin and it allowed terrorists and their families to stay in them.

In the framework of their hostile practices and in an attempt to embody their occupation of some areas in the Syrian territories, local sources indicated that the Turkish occupation established six military points in the countryside of Ras al-Ayn since the beginning of the aggression.

The sources added that the Turkish occupation forces on Monday bulldozed three houses and four shops and warehouses for farmers in the village of al-Souda in Ras al-Ayn countryside to establish a military point in place.

In Hasaka, two civilians were injured in an explosion of a mine planted by Erdogan’s terrorists in al-Rihaniya village in the southern countryside of Ras al-Ayn as they were rushed to Tal Tamir Hospital to receive the required treatment.

On Sunday, four civilians were martyred when and explosive device planted by the Turkish regime in Um al-Asafir village in Ras al-Ayn, northwest of Hasaka.

Since the beginning of their aggression on the Syrian territories on Oct. 9th, forces of the Turkish and their mercenaries have committed criminal acts against the locals and they have destroyed the infrastructure and service facilities causing the displacement of a large number of civilians towards the cities of Hasaka and Qamishli. 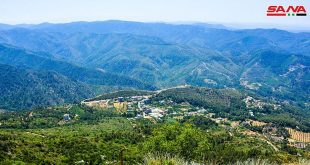