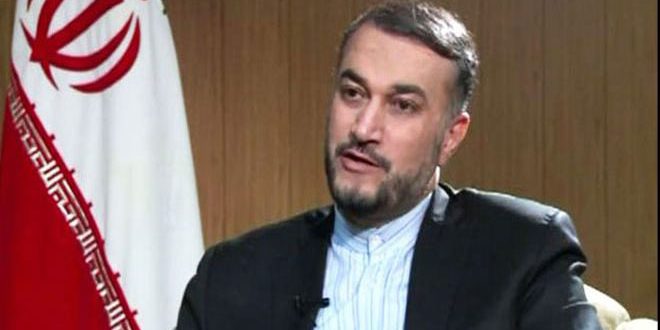 Tehran, SANA-Hossein Amir Abdollahian, Assistant Speaker for International Affairs at Iran’s Shura Council, affirmed his country’s support to Syria’s sovereignty and unity in the face of the US attempts to undermine its territorial integrity.

In a statement on Sunday, Abdollahian said “Iran supports the territorial integrity of Syria, Iraq and Lebanon, and that of Saudi Arabia, yet the Saudis don’t realize that and they imagine that they can be safe from the US conspiracy, and that they can buy security with money.”

“The US is trying to divide Iraq, Yemen, Syria and Saudi Arabia in all possible ways,” Abdollahian added, indicating that the US-Saudi-Zionist terrorism triangle doesn’t allow the Iraqi government to meet the demands of its people.