Al-Moallem to Krähenbühl: Syria is continuous to provide support to UNRAW 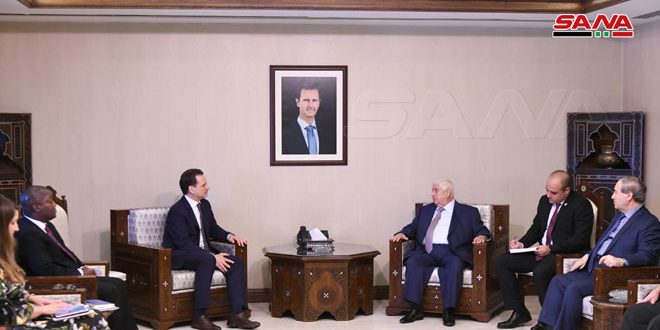 During the meeting, the two sides discussed the distinguished relations of cooperation between Syria and UNRWA and the pressures exerted on the Agency targeting the important role it plays in support of the brotherly Palestinian people.

Al-Moallem reaffirmed Syria’s principled stance towards the Palestinian issue, which is the central Arab issue, and its full support to the Palestinian people in confronting attempts to liquidate their issue.

He pointed out that Syria has always been ready- in spite of the terror war, which is targeting its stance and nationalistic decision- to provide all possible to support the resilience of the Palestinian people and their restoration of their rights usurped by the Israeli occupation entity with a blatant support of the USA.

For his part, UNRWA Commissioner-General expressed gratitude to the Syrian government for continued support to UNRWA and the Palestinian refugees in Syria, stressing the Agency’s keenness on developing and boosting the distinguished relations with the Syrian government being built on mutual trust for decades.
Krähenbühl stressed the importance of UNRWA’s role in providing support to the Palestinian people, stressing the importance that the Agency provide services the Palestinians need.

Earlier, Krähenbühl met with Deputy Foreign and Expatriates Minister Fayssal Mikdad as the two sides discussed means of boosting the role of UNRWA in confronting the financial and political pressures it is facing and the support to be given by the Syrian government to foil these pressures and make it possible for UNRWA to continue to provide its services to the Palestinian refugees all over the refuge places.

Mikdad clarified that the main point of the US-Zionist attack on UNRWA is to liquidate the Palestinian issue and justify the so-called “Deal of the Century”. 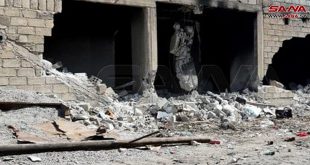