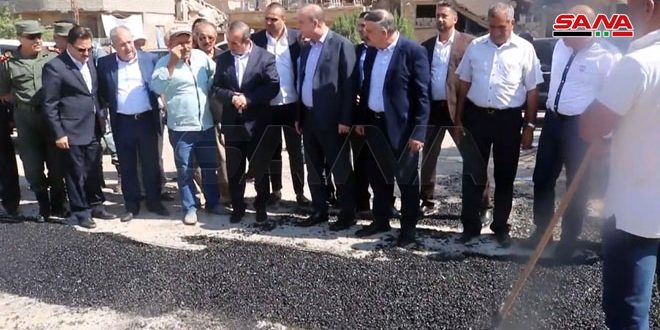 Raqqa, Deir Ezzor, SANA-Upon the directives of President Bashar al-Assad, a governmental delegation visited on Tuesday the liberated countryside of Raqqa to inspect the situation of services in the city and rehabilitate the infrastructure in the areas liberated by the Syrian Arab army. 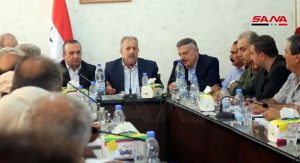 The delegation that comprises a number of ministers, visited Deir Ezzor and Raqqa cities to inspect the status of pivotal facilities and put Bou Hamad power station into service after rehabilitating it with 3 billion SYP cost.

“This visit comes upon directives of President al-Assad to stand for the situation of projects, approved during a previous visit by Prime Minister to meet needs of the citizens in the area,” Minister of Water Resources Hussein Arnous said in a press statement. 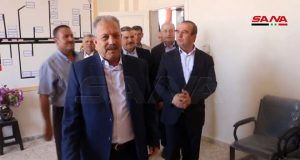 Minister of electricity, Mohammad Zouheir Kharboutly, for his part, said Bou Hamad power station was totally sabotaged by terrorist organizations and it was rehabilitated by the workshops of the Ministry.

The Ministerial delegation also visited the educational compound city of Ma’adan and inspected the situation of educational process in a number of schools which reached 125 ones that include nearly 23 thousand students.