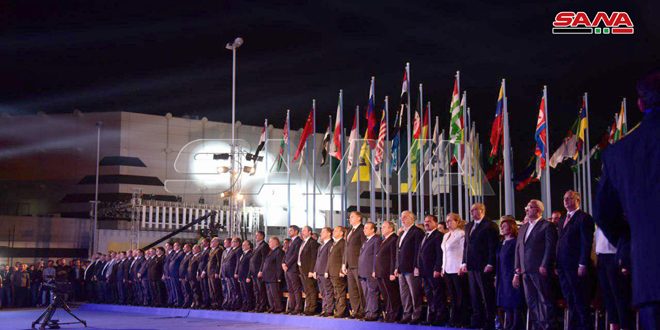 Damascus, SANA-Under the patronage of President Bashar al-Assad, activities of the 61st round of Damascus International Fair kicked off on Wednesday under the motto “From Damascus… to the world” with the participation of 38 Arab and Foreign states. 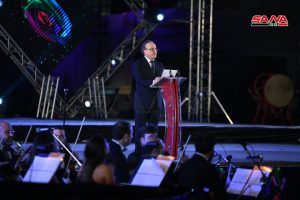 Representative of President al-Assad to the Fair, Prime Minister Imad Khamis, said in an opening speech that Syria, after 9 years of a hard and fierce war, is proud of the sacrifices of the army forces and their noble victories that liberated the majority of Syria from terrorism.

“Our armed forces carry out, with more determination and faith in victory, the battle of liberating Idleb where the US-Turkish coalition shifted it to a haven for terrorists of world,” Khamis said.

He added that the Syrians’ belief in victory on terrorism has never shaken, and if this terrorism succeeded in stealing a factory here or destroying a facility there, it would not succeed in stealing hope from the Syrian people.

“The war, to which Syria was exposed, has never been of military or political feature only, but it was, in one side of it, an economic terrorist war,” the Prime Minister said.

He underlined that altogether with the Syrian armed forces, there were the workers and peasants at their factories and farms present with their production for whom some of them paid their lives.

“The government has started to implement hundreds of developmental projects in different provinces and to reconstruct the state’s institutions to maintain and consolidate the victories of the armed forces,” Khamis said.

He stressed that Damascus international fair returns today to complete its economic, social, cultural and civilizational message and to be a juncture between the East and the West.

“Syria welcomes every project of an economic cooperation, bilateral or collective, particularly it prepares for the reconstruction process with powerful investment opportunities, supported by intensified governmental efforts, Khamis said.

The Premier affirmed that all the Syrians are confident that the next round of the Fair will be held while the national flag hoist over each span of Syrian territory. 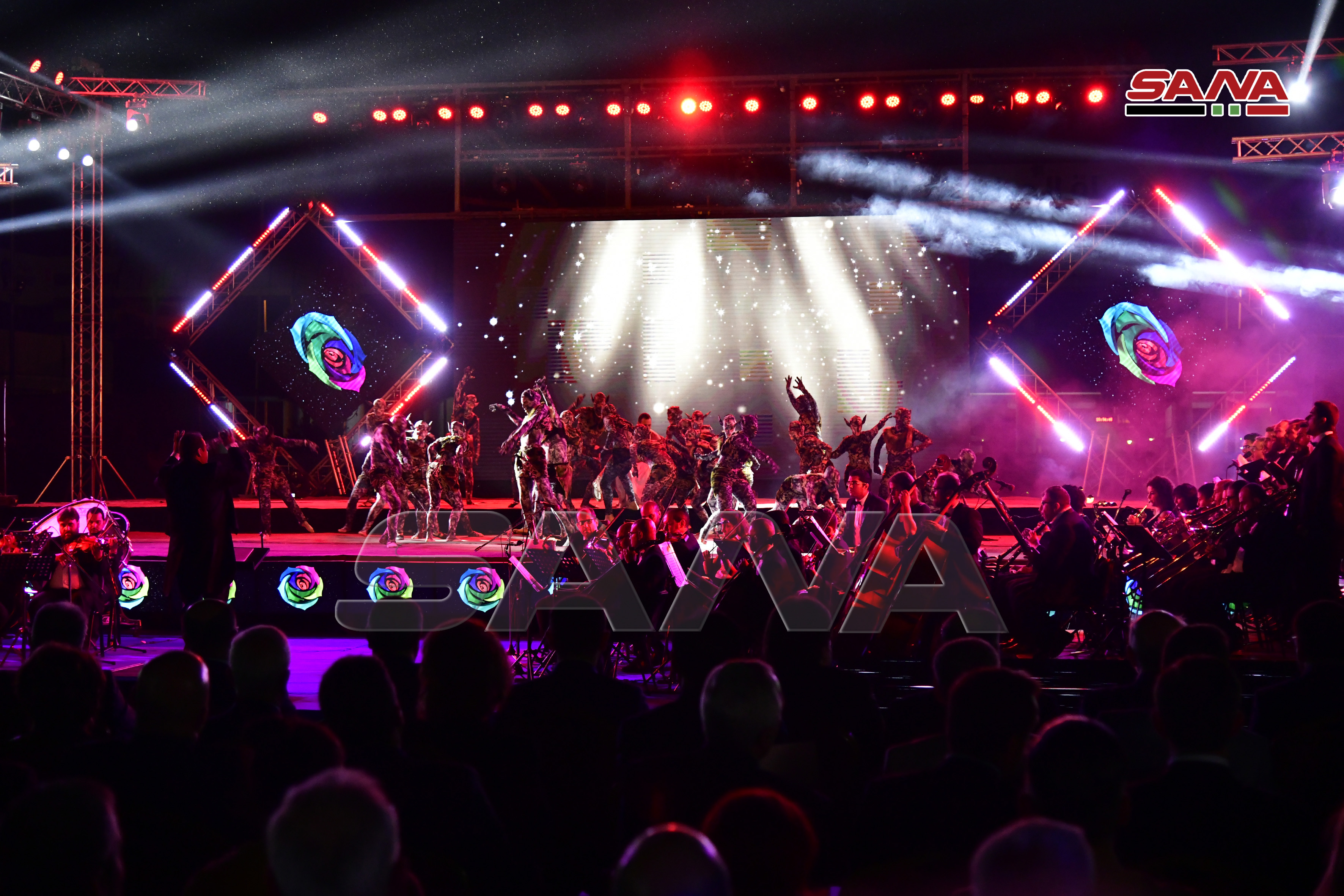 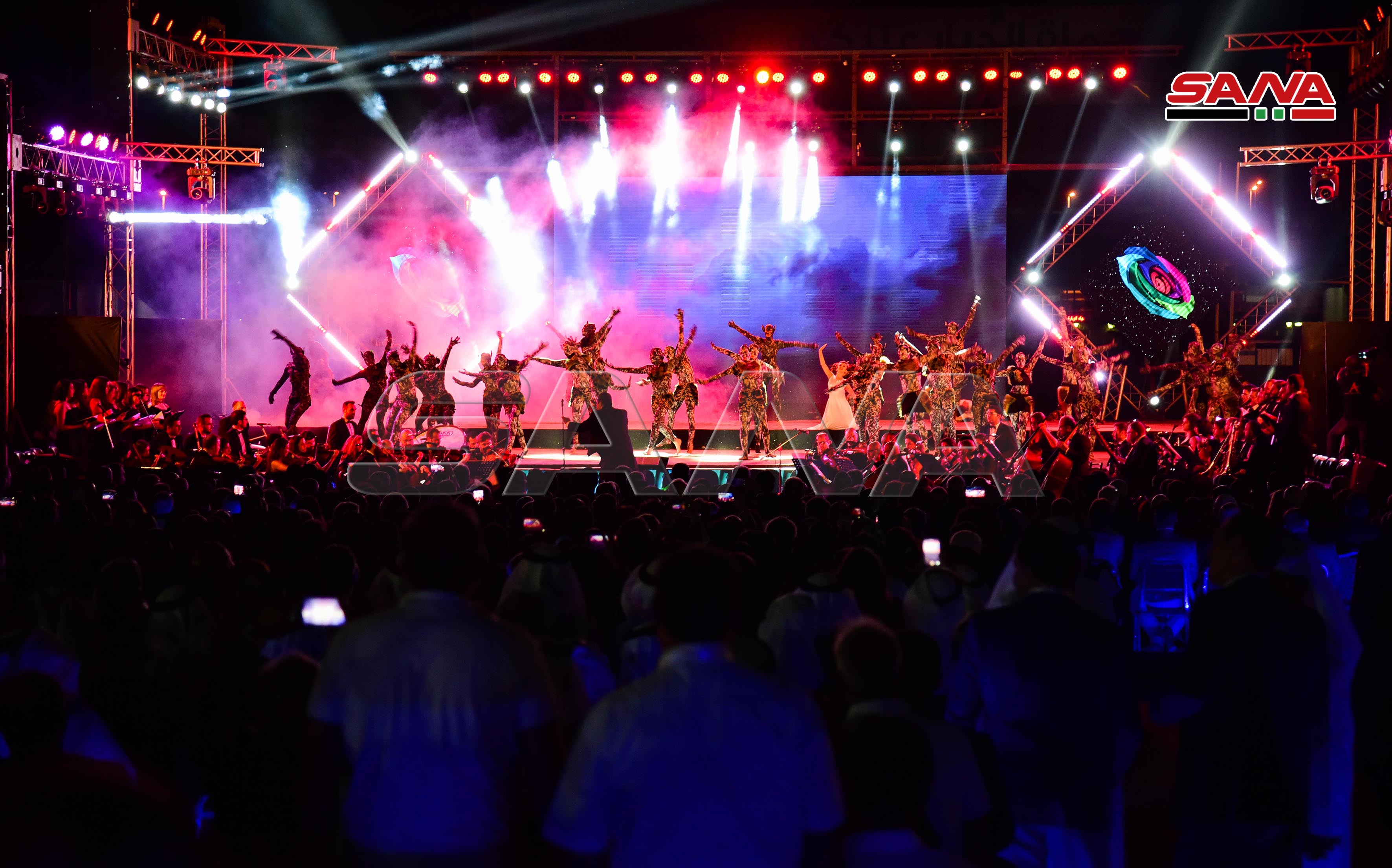 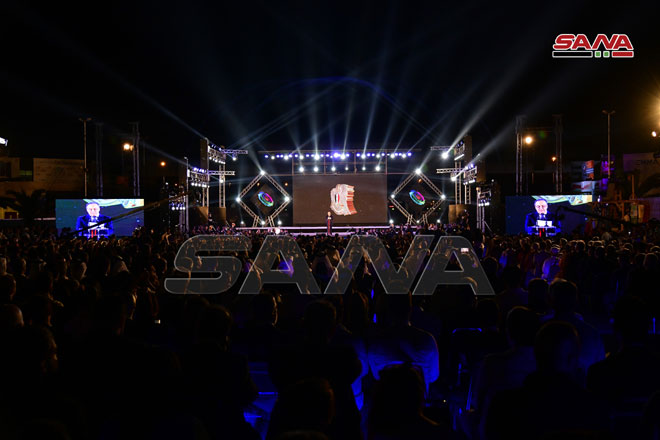 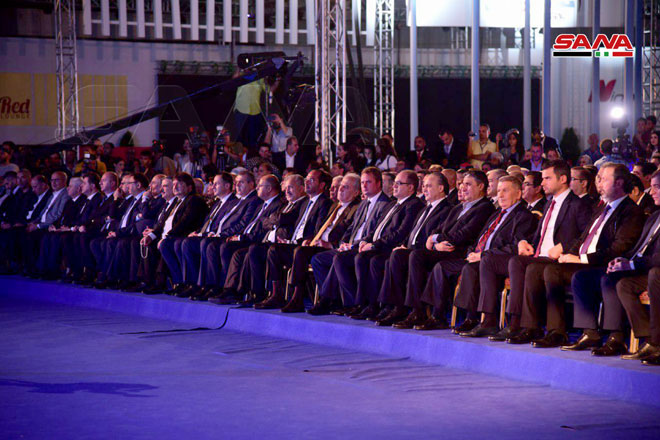 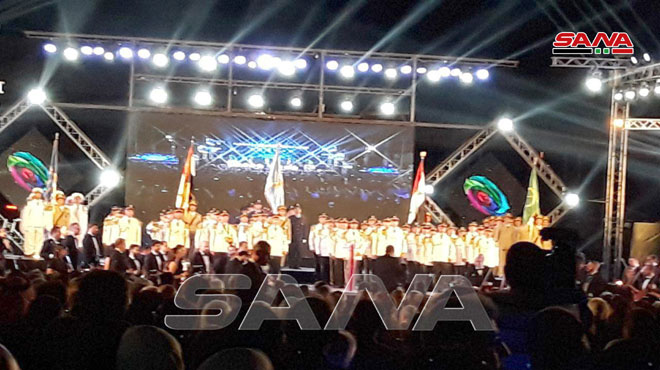 2019-08-28
m.eyon
Share
Previous 61st edition of Damascus International Fair kicks off at Fairgrounds
Next Units of army strike Jabhat al-Nusra terrorists in the surroundings of Sarakeb in Idleb countryside