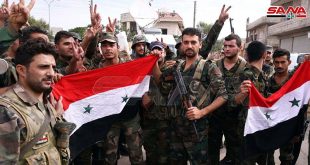 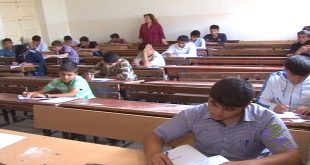 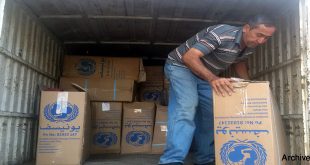 Damascus, SANA – The Civil Democratic Gathering of Syrian Kurds said that the steadfastness of the people of Ayn al-Arab in the face of terrorists is a form of expression of the Syrian Kurds’ commitment to their affiliation to their homeland Syria.

In a statement at a press conference on the sideline of an event organized at Dama Rose Hotel in Damascus on Friday evening, the Gathering’s Higher Council of Secretaries said that the steadfastness of Ayn al-Arab is cause for admiration, and that the attempts to transgress against the territorial integrity of Syria are parts of a plot to cause chaos and division and undermine the resistance axis.

The statement said that the leadership of President Bashar al-Assad is the only true guarantee of Syria’s territorial integrity, calling on Kurdish political forces to hold meetings on Syrian soil and unite their positions, in addition to calling for offering all possible support to the Syrian Arab Army and the Kurdish popular protection units, stressing the need for unity of rank among Kurds in the face of the crisis and ISIS.

Answering reporters’ questions, the Council rejected the attempts by the Turkish Justice and Development Party to exploit the Kurdish issue and use the Syrian-Turkish borders to reap political benefit, asserting that the Syrian government provided military, logistic, and relief support to Ayn al-Arab.

The event included artistic performances and a screening of a documentary on Ayn al-Arab. It was attended by representatives of licensed Syrian Kurdish parties and members of the diplomatic corps in Damascus.

Ayn al-Arab Civil Democratic Gathering of Syrian Kurds 2014-10-31
Hazem al-Sabbagh
Share
Previous ISIS terrorists kill three civilians, mutilate their bodies in Deir Ezzor
Next Al-Jaafari: There is moral problem with how the UN Secretariat is dealing with terrorism in Syria