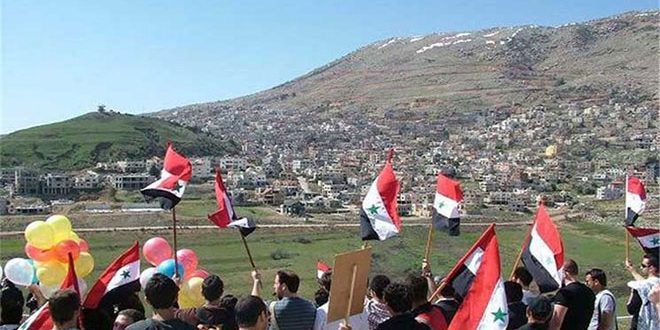 Prague, SANA- Czech Peace Forum affirmed that the US President Donald Trump’s declaration on the occupied Syrian Golan represents a violation of the UN relevant resolutions, particularly the resolution No. 497 and it contradicts with the international law.

The Forum said in a statement on Thursday “This US step represents a new affirmation that the US has completely canceled the international law which means that the choice which it proposes to the world is the road towards barbarism.”

The statement warned that this unilateral proclamation which came after failed attempts to destroy Syria will further complicate the issues in the Middle East.