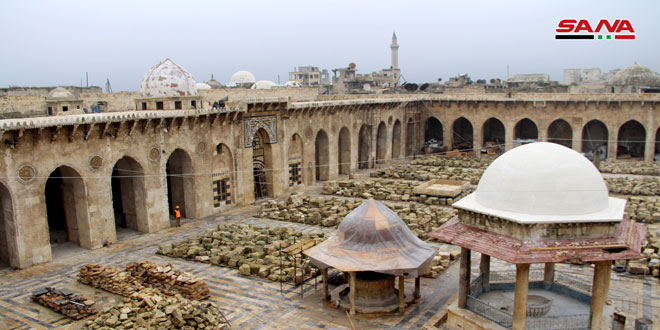 Aleppo, SANA_ With great attention given to details and deliberate and studied steps, the  restoration works of Umayyad Mosque in Aleppo is underway to include every stone has been damaged by terrorism in an attempt to obliterate the features of this iconic ancient cultural edifice .

This edifice,  since its construction, has remained steadfast and survived the most severe earthquakes hit the city, till it was destroyed by Takfiri terrorists.

The Minaret of the mosque, which was built in the Seljuk era,  is a masterpiece of architectural style. It was severely damaged and reduced to rubble due to the systematic bombing by terrorists.

Stones of the Minaret have been collected, arranged, documented and restored by the national architectural teams in preparation for rebuilding them again.

Since the liberation of Aleppo from terrorism, the specialized workshops have entered the mosque where the situation was deplorable and begun the restoration works. 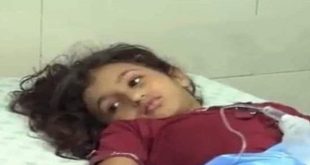