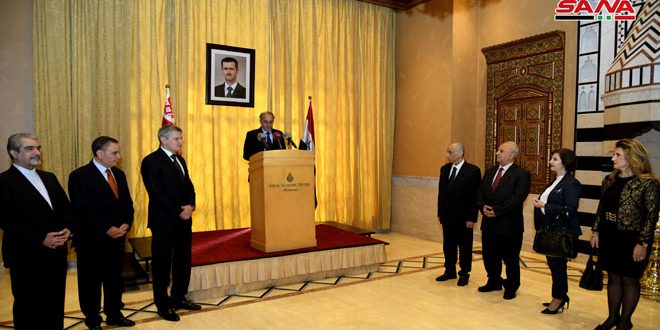 Damascus, SANA-Foreign and Expatriates Ministry held on Monday a farewell ceremony at the Four Seasons Hotel in Damascus for the ambassador of the Belarusian Republic in Damascus Alexander Ponomarev who is wrapping up his diplomatic mission in Syria.

During the festivity, the outgoing ambassador was awarded the Syrian Order of Merit of the Excellent Degree in appreciation for him and his friendly country.

After receiving the award, ambassador Ponomarev thanked President Bashar al-Assad and the Foreign Ministry staff for their cooperation with him during his tenure as an ambassador.

Ponomarev pointed to the recuperation program for Syrian children. Under this program, initiated by the head of state Alexander Lukashenko in appreciation for the Syrian martyrs and their families, a number of Syrian children of martyrs visited Belarus. 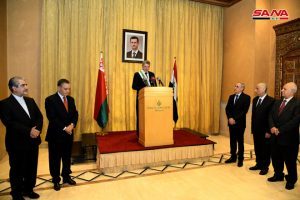 In a speech, Assistant Foreign Minister Dr. Ayman Soussan pointed out Belarus’ support for Syria in the face of terrorism and the close relations binding the two countries based on respecting international law, the sovereignty of nations and non-interference in their internal affairs.

Soussan stressed that ambassador Ponomarev had made every effort to strengthen friendly relations between the two countries and push mutual cooperation forward in all fields. 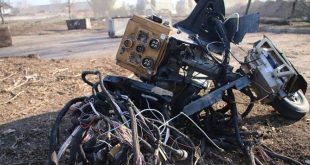 Moscow, SANA- A Russian source has revealed that since the beginning of the special military …