President al-Assad receives liberated abductees of Sweida: the State put liberation of every abductee on top of its priorities 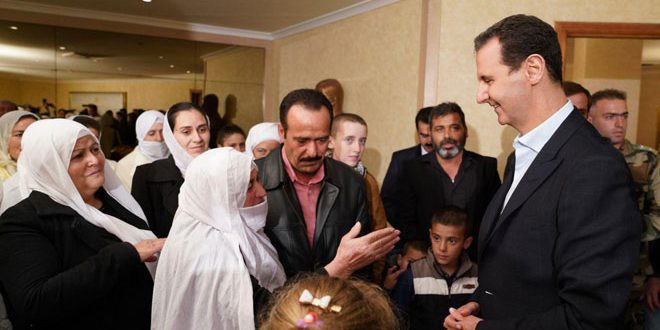 Damascus, SANA- President Bashar al-Assad received on Tuesday the abducted citizens of Sweida eastern countryside who were liberated by heroes of the Syrian Arab Army late last month from Daesh terrorist organization which had kidnapped them in last July. 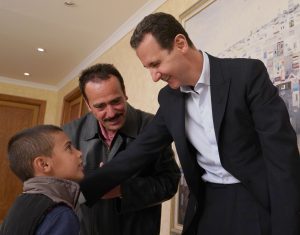 President al-Assad congratulated the liberated citizens and their families who were freed from the claws of terrorism, expressing confidence that the crime of their abduction, and in spite of the brutality of Daesh terrorists, will make them more strong.

“The steadfastness of the abductees and their families, their strength and patience during the time of abduction from one side, and the determination of the army heroes ,some of them have sacrificed their soul to liberate the abductees-women and children-from the other side, will be a lesson in patriotism and national act,” the President affirmed.

He added that patriotism won’t be through words only, but through action, and the most superior degrees of patriotism is to defend homeland, and anyone who failed to meet this duty will bear the responsibility of victims who were killed during this terrorist war on Syria, with one of its painful chapters the attack of Daesh terrorists on villages of Sweida eastern countryside. 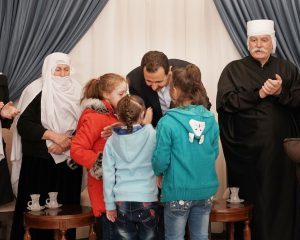 “The State has put the mission of searching about each abductee on top of its priorities to liberate him or her whatever the price was, and it has put all its capabilities to achieve this mission,” President al-Assad said.

The liberated abductees and their families, for their part, thanked President al-Assad for his unremitting following of the detail of every operation to liberate the free women of Sweida eastern countryside and their sons, appreciating heroes of the army who offered sacrifices in order to liberate the abductees.

They affirmed that they will remain loyal to blood of the martyrs who passed away while trying to liberate the abductees, expressing confidence in the victory of the army heroes in the war of defending Syria and defeating terrorism. 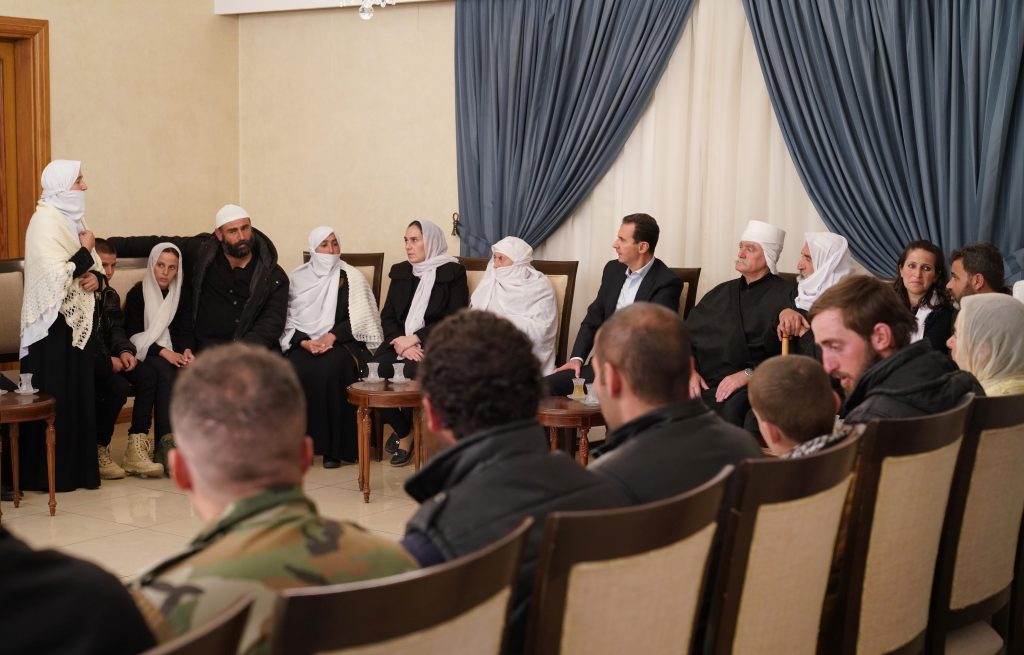 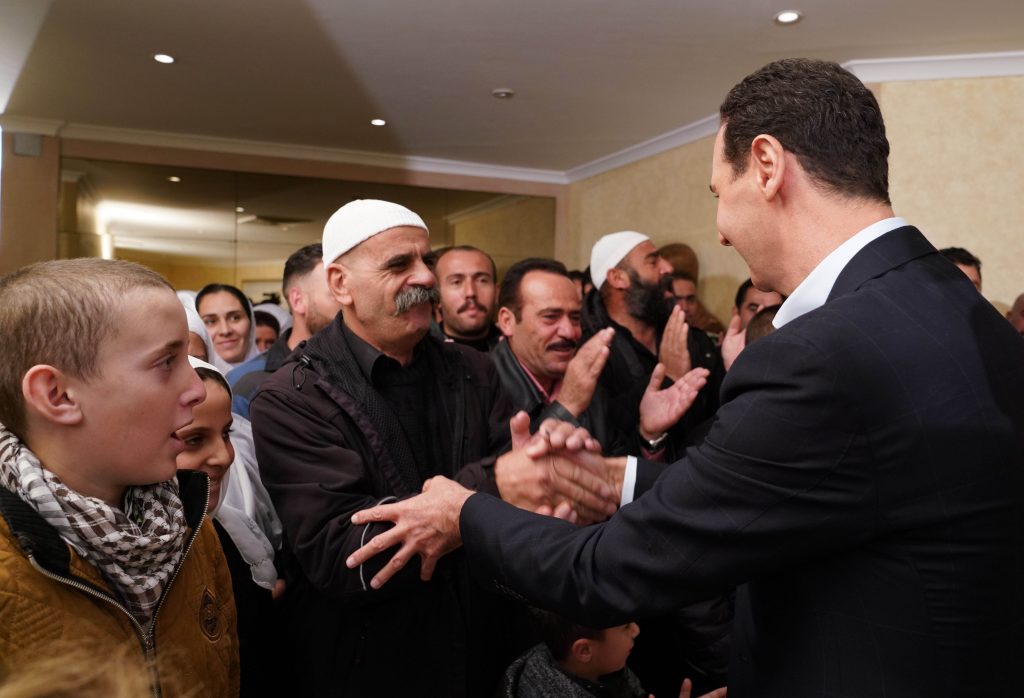 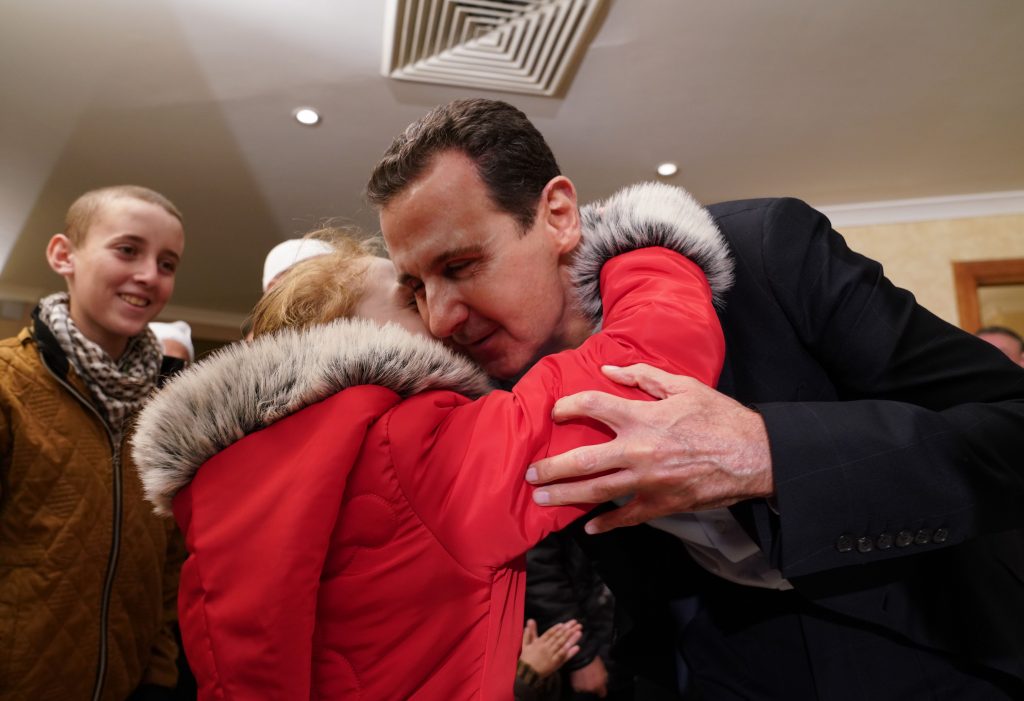 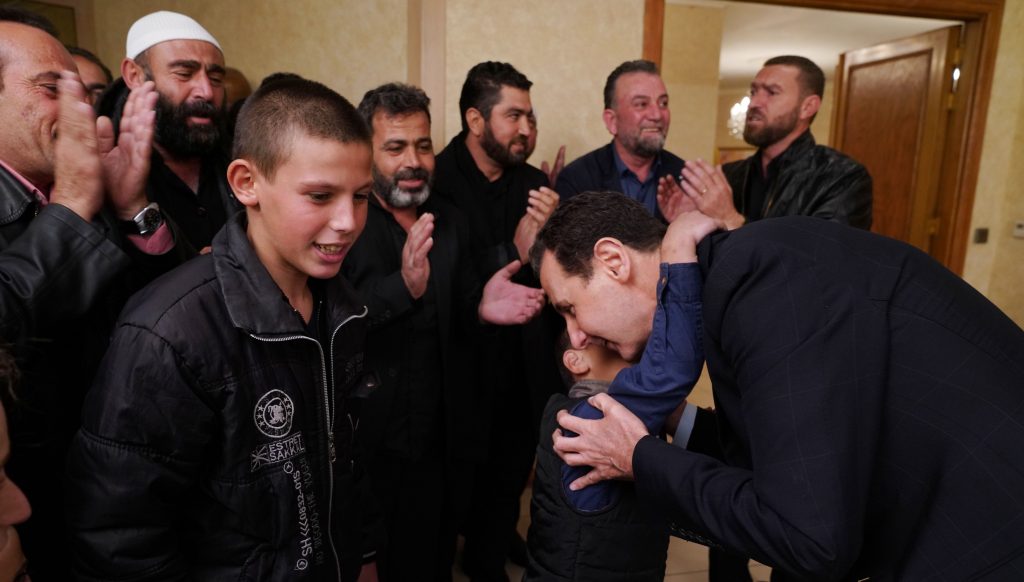 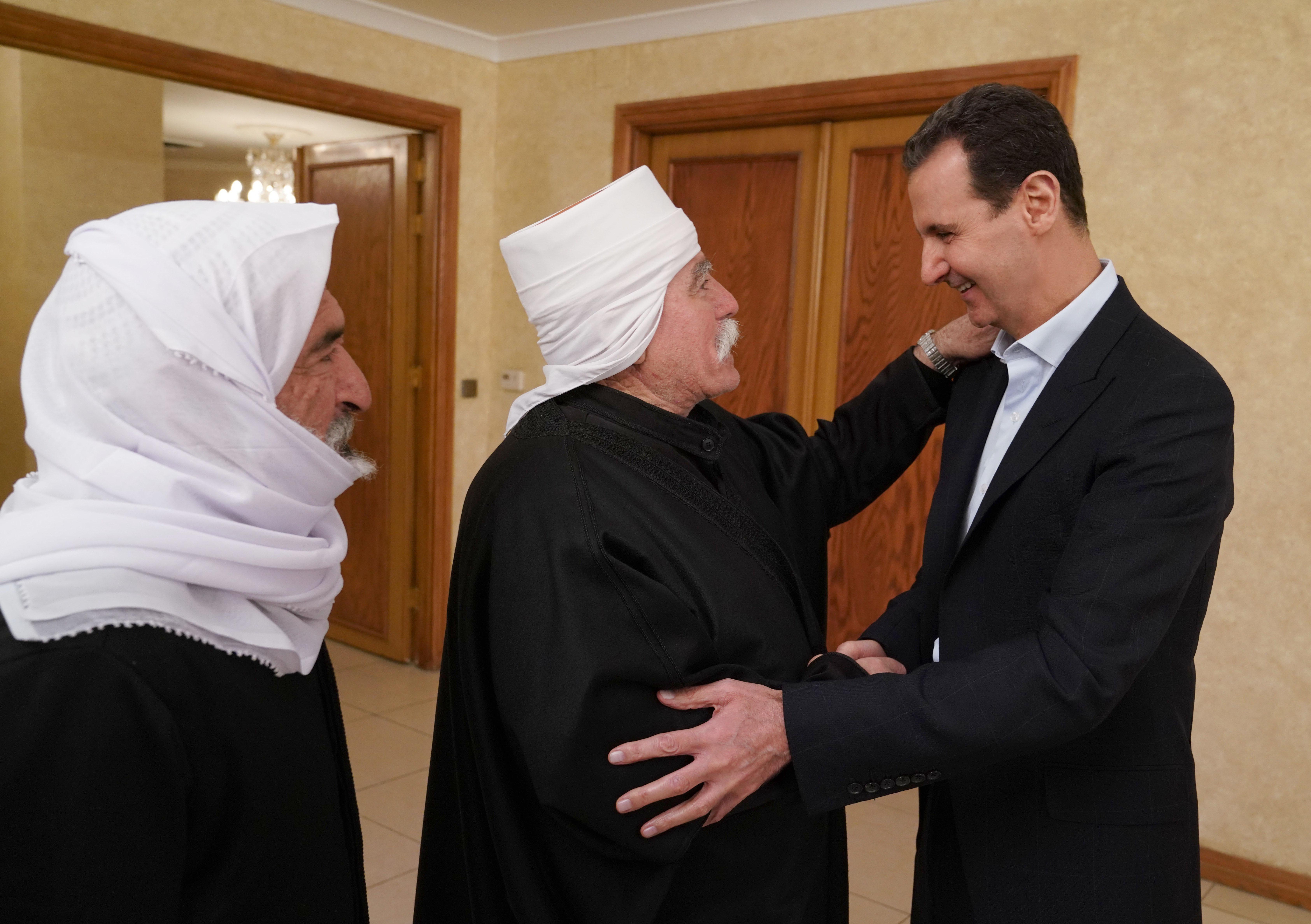