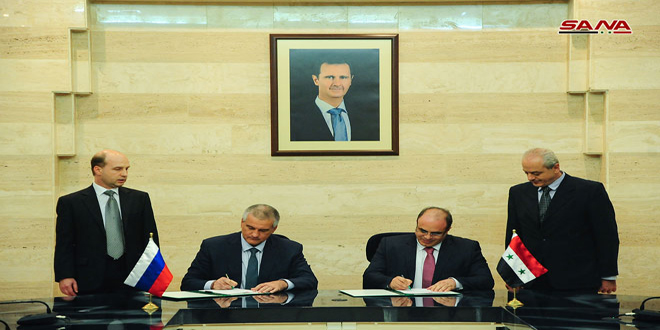 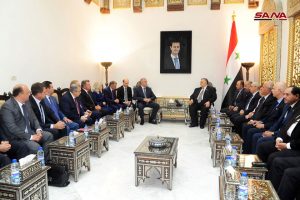 two countries and lay the foundations for these relations and the formation of a work group to coordinate them.

The Speaker stressed the importance of establishing a parliamentary friendship association between the two countries and exchanging visits to promote parliamentary relations.

Syria and the Crimean Republic signed an MoU in the economic and trade fields, signed by President of Crimea Aksyonov and Syrian Minister of Economy and Foreign Trade Dr. Mohammad Samer al-Khalil.

The MoU was signed 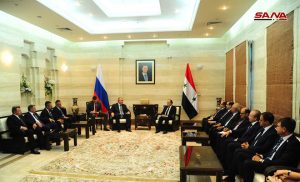 at the Prime Minister’s Office after talks between Prime Minister Imad Khamis and President Aksyonov, during which they discussed the necessary procedural steps for economic cooperation in the long term to benefit the two sides in the fields of trade and maritime and air transport.

2018-10-16
Manar
Share
Previous Smart glasses for the blind at Al-Bassel Fair for Innovation and Invention 2018
Next Syria, ICRC sign two MoUs on diabetes and Leishmaniasis