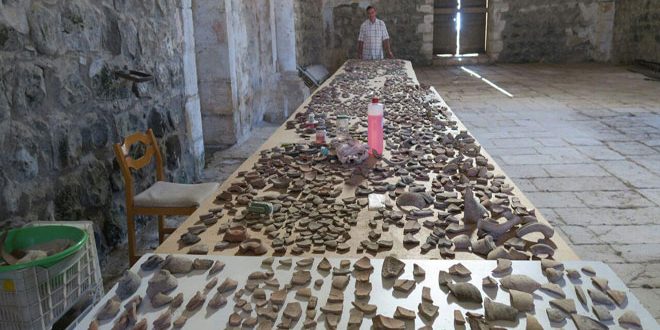 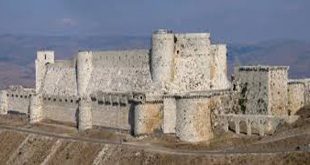 Damascus, SANA-Director of the Syro-Hungarian Archaeological Mission Dr. Balazs Major said that Syria is home to the richest cultural heritage and a large number of archaeological sites.

Balazs who is the head of the archaeological department at Pazmany Péter Catholic University told SANA that “Me and our colleagues feel that Syria is our second homeland. We have not hesitated to stay despite the war against the country, and we have learnt from its people patience and perseverance.”

The Syro-Hungarian Archaeological Mission has begun its fieldwork season last September in the church hall at the Krak des Chevaliers castle in Homs countryside, in which work is underway to prepare an exhibition and a reception hall for the castle’s visitors.

Balazs clarified that the mission will join the Syrian experts during 2018 autumn fieldwork season to continue documenting al-Marqab and Krak des Chevaliers castles and conducting the necessary restorations for the places and the damaged parts due to the terrorist organizations’ attacks.

He pointed out to the coordination is underway between the mission and the Directorate of Antiquities in Tartous in order to prepare a new center for the visitors in al-Marqab fortress, adding that the Syro-Hungarian mission provides many lectures and lessons for the Syrian and Hungarian students to exchange expertise.

The Krak des Chevaliers is an historical castle with a great human heritage and was registered on UNESCO World Heritage List in 2006.

Balazs concluded that the annual scholarships provided by Hungary to the Syrian students aim to qualify them to re-build their country, pointing out that the Institute of Archeology at Pazmany Péter Catholic University received 50 Syrian students to provide them with necessity training on Syrian archaeology and reconstructing it by using the latest technologies related to their researches.