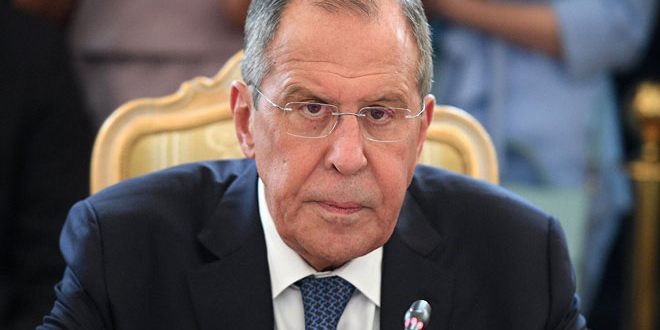 Lavrov, at a press conference with Saudi Regime Foreign Minister, called on the United Nations and international community to play a more effective role in creating the conditions for the return of the displaced Syrians to their home, and modernize economic and social infrastructure in the country.

Moscow has been maintaining contacts with Washington over the situation in Syria’s Idlib province, including a planned chemical weapons provocation by terrorist organizations, he said.

Lavrov stressed that accusing Syria of preparing a chemical attack in Idleb aims at preventing it from expelling terrorists.

He affirmed the importance of eradicating the terrorists positioned in Idleb, the last stronghold for them, as they use the civilians and the innocents as human shields in order to consolidate their presence there.

Russia hopes that the Western partners will not hamper the anti-terrorist operation against Jabhat al-Nusra terrorists, Lavrov said.