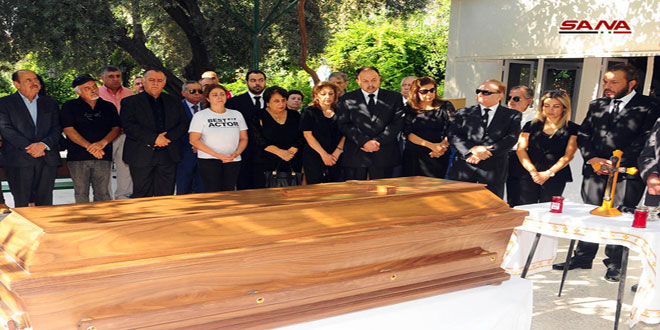 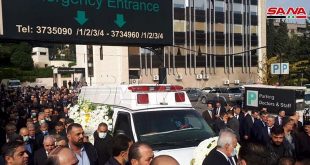 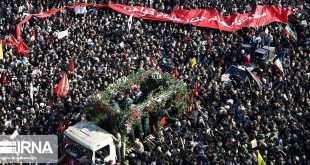 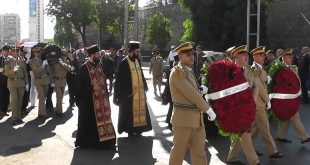 Damascus, SANA- Official figures, intellectuals and artists bid farewell to the late writer Hanna Mina on Thursday at the French Hospital in Damascus before the funeral procession headed to his hometown in Lattakia.

Minister Ahmad told SANA that the deceased used to say that “the career of writing is not a golden bracelet. Rather, it is the shortest way to misery. That’s why every time we re-read his works, we discover new contents and dimension.”