Russia warns against danger of Daesh re-emergence at East Euphrates 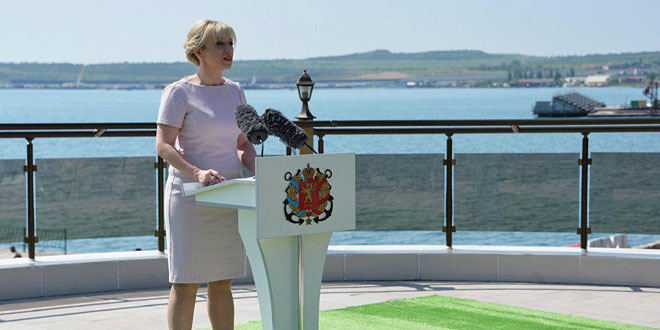 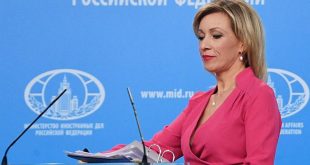 Moscow, SANA- Russian Foreign Ministry Spokeswoman Maria Zakharova warned against the re-emergence of Daesh (ISIS) on the eastern bank of Euphrates as a result of United States’ collusion with the terrorists there.
Speaking in a press conference held on Wednesday, Zakharova said that the US is keeping quiet about several thousands of the terrorists detained in Syria, which Washington seeks to shield from responsibility.

“We have taken note of the fact the US administration is keeping quiet about the several thousand foreign terrorists, who have been detained by the US-led coalition and the Kurdish Syrian Democratic Forces,” she said , adding that “the explanation that it is allegedly impossible to agree on extradition procedures and parameters of legal assistance with the countries of origin are totally far-fetched.”

“According to our sources, there are two or three thousand militants, mostly from Europe, Arab countries and the CIS,” she said. “The so-called restrictive measures are confined to limiting the freedom of movement. They enjoy three meals a day, medical assistance and the opportunities for exercise to stay in good physical shape.”

The Russian Foreign Ministry Spokeswoman said that “in the light of President Donald Trump’s announcement of the forthcoming withdrawal of his country’s troops from Syria, there are high risks of a Caliphate’s re-emergence on the eastern bank of Euphrates under the Iraqi type scenario we saw when after the successful withdrawal of the US contingent in 2011 entailed the emergence of Daesh.”

“By refraining from criminal prosecution of the mentioned militants, the US administration in fact covers up their criminal activity,” she added.

In another context, Zakharova said that the report of OPCW Fact-Finding Mission on the investigation of the alleged chemical attack in Douma will be made public in late May.

She clarified that experts of OPCW Fact-Finding Mission visited Douma city several times and took samples to draw a conclusion about the allegations of the use of chemical weapons and heard the testimony of witnesses.

eastern bank of Euphrates re-emergence of Daesh (ISIS) Zakharova 2018-05-16
admin
Share
Previous Dozens of families to return to their homes in al-Ghouta
Next Two martyred, 19 injured due to shell attack in Damascus