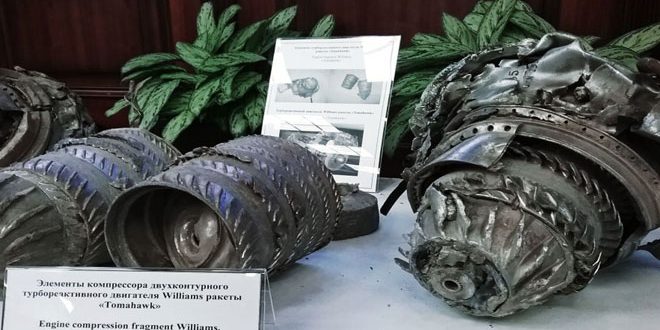 Moscow, SANA – General Staff of the Russian Armed Forces reiterated that the US, France and Britain’s claims about targeting suspected chemical weapons sites in Syria on the 14th of April are fake.

Head of the Russian General Staff’s Main Operations Department Colonel-General Sergei Rudskoi noted that if those sites contained chemical weapons, their bombardment could cause large-scale pollution and cost thousands of lives in Damascus and Homs.

He mocked the U.S. officials’ statements that all missiles hit their targets, indicating that only 22 missiles fired in the attack hit their targets and that the Syrian air defenses shot down the rest, mainly 71 ones.

2018-04-25
m.eyon
Share
Previous Rezaee: Any foreign military presence in Syria without its approval illegitimate
Next Fourth Businessmen Forum kicks off in Lattakia