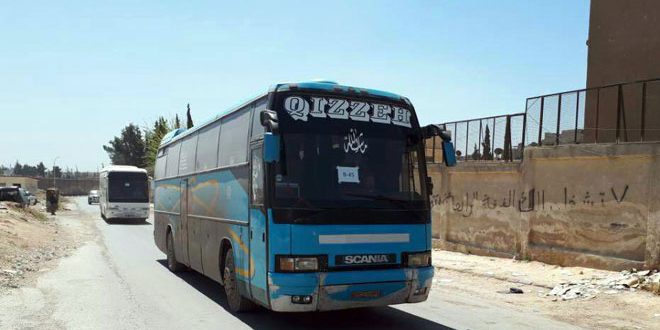 Damascus, SANA – Procedures to have the terrorists of “Jaish al-Islam” and their families leave the city of Douma in Eastern Ghouta in Damascus Countryside to Jarablos area has started on Monday in preparation for the clearing the city from terrorists and the return of all the state’s institutions to it.

SANA’s correspondent to al-Wafideen Camp corridor said 20 buses with 1065 terrorists and their family members on board exited Douma in preparation for transporting them to Jarablos. 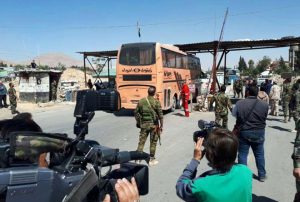 The correspondent said that buses are entering the outskirts of Douma, supervised by the Syrian Arab Red Crescent, to transport terrorists and their families via al-Wafideen corridor to the main gathering point near Harasta Highway, from which they will be transported to Jarablos later.

The correspondent pointed out that the buses are subjected to thorough inspection to prevent terrorists from smuggling any civilians or military abductees, as well as to prevent them from hiding IEDs and bombs that they might use while traveling to Jarablos.