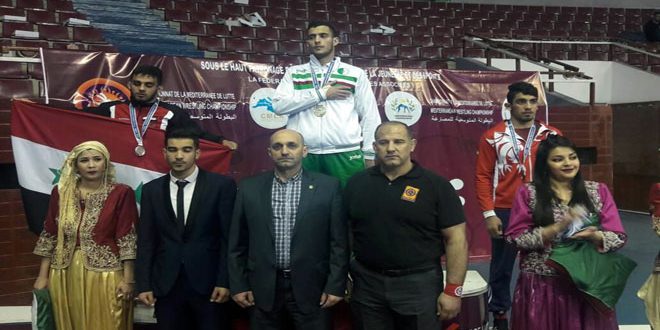 During the final match, al-Hassan faced the Algerian champion were they tied 1-1 but the referees 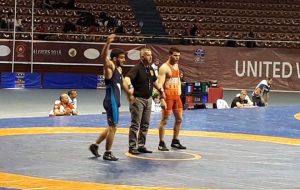 decided to give the gold medal to Algeria and the silver one to Syria.

Speaking to SANA, Head of Syrian Wrestling Union Ahmad Jomaa said that al-Hassan participated in the men’s category even though he was born in 1997 and he has surpassed world champions, expecting that the “Syrian team will increase its medals in the championship through our youth and junior players during the next few days.”

Greco-Roman wrestling silver medal 2018-03-30
Manar
Share
Previous More batches of terrorists and their families to leave Eastern Ghouta for Idleb
Next Military source: Some 29,000 civilians have left Douma area over the past few days through the safe  corridor of al-Wafedeen Camp