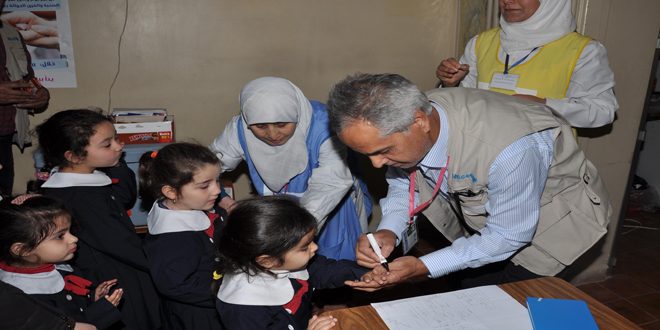 Damascus, SANA- Health Ministry on Sunday launched a new nationwide anti-polio vaccination campaign for all children under five years regardless of their previous vaccinations.

The Ministry announced that it had taken all the technical and logistic preparations to guarantee that the campaign will reach 2.97 million children in all areas through the health centers and the mobile teams and within the makeshift residential centers.

Health Minister Nizar Yazaji told SANA that the vaccine used in the campaign is safe and effective and it is in line with the quality standards and it doesn’t have side effects.

The national campaign is the first of its kind for the current year and it is the 24th within the series of campaigns launched by the Health Ministry in 2013.