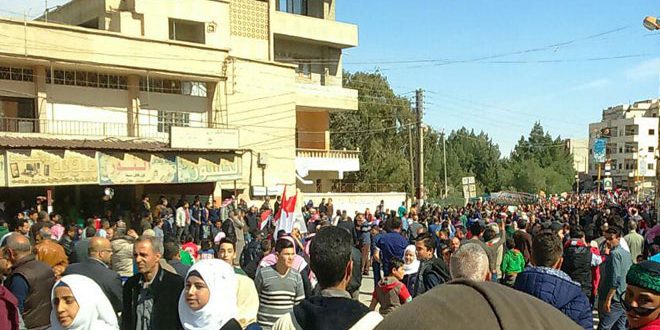 Damascus Countryside, SANA-Locals of several towns of Eastern Ghouta staged a solidarity stand in al-Ghizlaniyah town in Damascus Countryside to show support for the Syrian Arab Army in restoring safety to their towns and to back the families’ protests against the presence of terrorist organizations in the rest of Ghouta towns.

The participants raised banners demanding the freeing of civilians and abductees from the terrorist organizations-held Eastern Ghouta and calling the Syrian Army to liberate their towns.