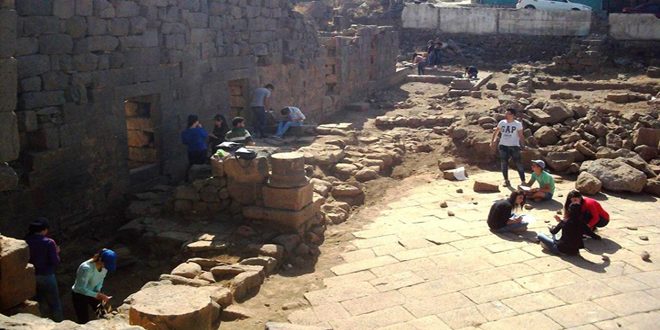 Sweida, SANA – The National Excavation Mission has unearthed during the current season a number of archaeological finds at Seaa site and the Ancient town in Sweida.

The finds at Seaa archaeological site included a roofed tunnel with rubble stones, two meters high, one meter wide, and eight meters long, running east to west in the northeastern corner of Baal Shamin Temple, and dating back to 31 BC. Head of Sweida Archaeological Department Nashaat Kiwan told SANA that some little clay fragments and a clay lamp which dates back to the end of Hellenistic era, as well as a coin, were discovered during the excavations.

Kiwan said that these finds indicate that the tunnel was built and used before the building of the temple, implying the possibility of the presence a previous temple dating back to the end of Hellenistic period.

He pointed out that some 80 bronze coins which date back to various time periods were discovered during excavations at the site. Regarding that finds in the Old City in Sweida city, the head of the National Excavation Mission Talaat Afif said excavations revealed parts of a large Roman quarter surrounding the Odeon theater which is located inside the Old City to the west of the Great Church.

A number of architectural elements including shops and storage warehouses extended in a single row from south to north next to the Odeon theater were also discovered, according to Afif.

He said that that a stone water pool dating back to the late Roman era or Byzantine era and a clay water canal adjacent to it were found during the excavations in the southern part in the Old City. 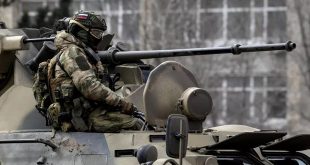