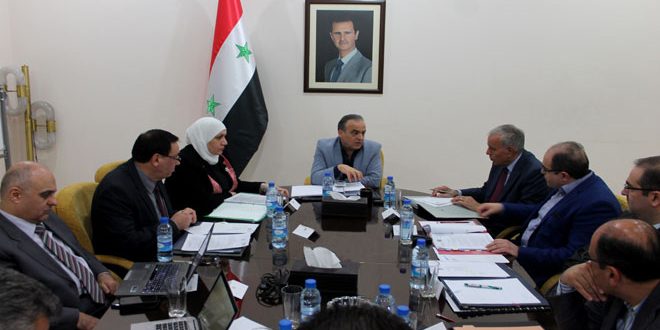 The debates touched upon the targeted markets, including Russia, the African countries and the Eurasian Union, and defining the exportable products, their revenues and the government’s measures which contribute to supporting the export process.

The discussions stressed need for defining the targeted countries, providing all needed facilitations to them, activating work of the economic bureaus at those countries, expanding circulation process for the Syrian products and studying the situation of the ports, land roads and air shipment.

Khamis underlined the need for the general strategy of export to be a supporter for the national economy and a contributor to the growth process on the national level.

He underlined the importance of setting up export centers with advanced specifications.

Investing the economic and diplomatic relations in serving exportation, activating role of the Commercial Attache and the role of the Syrian embassies in assessment of the global markets’ needs of the Syrian products were also reviewed .