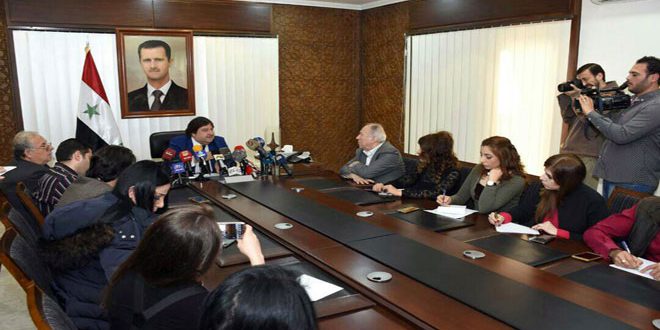 Damascus, SANA – Minister of Culture Mohammad al-Ahmad held a press conference at the Ministry where he announced the program of the Culture Day event, which will kick off on November 23rd.

The Minister said that the week-long event will include various cultural activities in various fields, such as cinema, fine art, music, theater, concerts, antiquities exhibition, and book fairs. 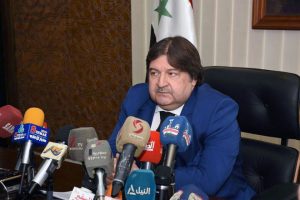 According to al-Ahmad, the event includes several exhibitions, such as an exhibition featuring new archaeological finds discovered in the Damascus Countryside, and an exhibition for books and manuscripts showcased for the first time at Al-Assad National Library in Damascus, as well as an art exhibition for posters produced by the Ministry of Culture in 2017.

Other activities include art exhibition featuring paintings depicting the years of war on Syria, the annual autumn exhibition, and the Syrian General Book Organization fair, and another for artwork by children and adolescents.

Moreover, it will include a children’s event titled “Our Children Are Creative,” in addition to announcing the results of the Ministry of Culture’s awards in three competitions; Hanna Minha prize for novels, the Sami Al-Darubi prize for translation and Omar Abu Risha prize for poetry. 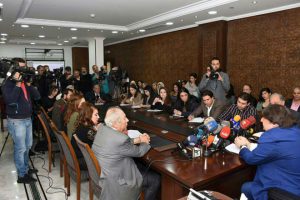 Furthermore, Dar al-Assad for Culture and Arts (Damascus Opera House) will host a concert for singer Mayada Basilis, and an event titled “To the Theater” in cooperation with the Awtar Art Association, as well as a concert for Qasid band titled “Tribute to Badawi Al-Jabal” conducted by maestro Kamal Skaker, and another concert for the National Symphony Orchestra conducted by the maestro Andre Maalouli.

The Minister of Culture pointed out that the cinema activities for this year will be slightly different compared to the past years, as they will feature all the films produced by the Youth Cinema Support Program between 2012 and 2016.

Damascus, SANA- Syria expresses support for the decision of the third session of the 13th …