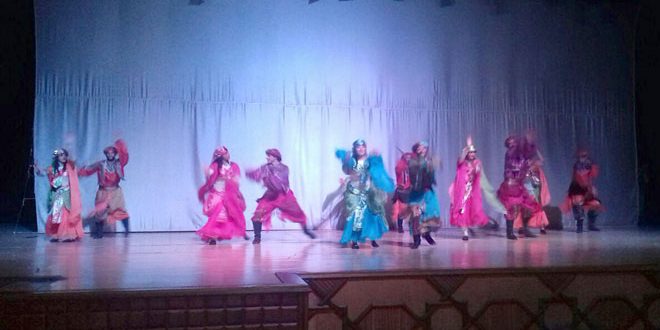 In a statement to SANA, Head of Ugarit dance band Ouqba Wakeel said that the show introduced the audience to Syria’s popular culture and folklore, underlining the importance of such festivals in spreading the power of optimism among the Syrian people in order to confront the war waged on their country.

For his part, Director of Culture Directorate in Lattakia Majd Sarem highlighted the success of this festivity as a cultural phenomenon that brought together all aspects of Syria’s colorful culture.

Lattakia Cultural Festival wraps up activities 2017-10-01
ghossoun
Share
Previous Army foils an attack by the ISIS terrorists on military posts in al-Thardat on the road of al-Mayadeen-Deir Ezzor
Next Armenian Ambassador in Damascus: Great desire to bolster deeply-rooted Armenian-Syrian relations