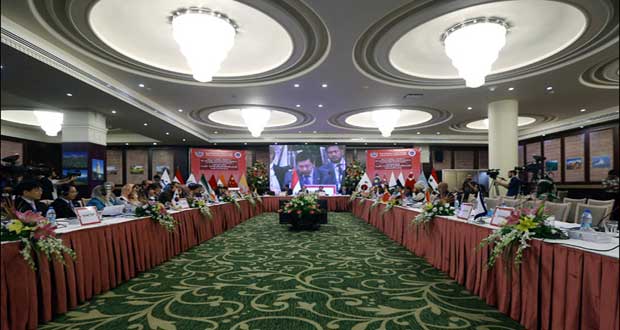 The 3-day meeting, which kicked off earlier on Saturday, will be discussing means of regional cooperation in issues related to environment preservation and development in Asia and the Pacific.

Secretary General of the Conference Mohammad Reza Tabesh, who is Chairman of the Iranian Shura Council’s Sustainable Environment and Development Committee, called for participation and information exchange by all member countries to draw up plans for tackling environment and economic developmental challenges that the region is faced with.

The meeting also aims at mobilizing efforts of the parliaments of the member countries to issue laws and address the dangers of wars and acts of the terrorist organizations on the environment in the Asia-Pacific region.

Besides Iran and Syria, who is represented by its embassy in Tehran, the meeting also brings together Indonesia, South Korea, Nepal, Congo, Pakistan, Malaysia, Bhutan, China, Russia and India.

Those countries are among the 46 members that constitute the APPCED General Assembly.