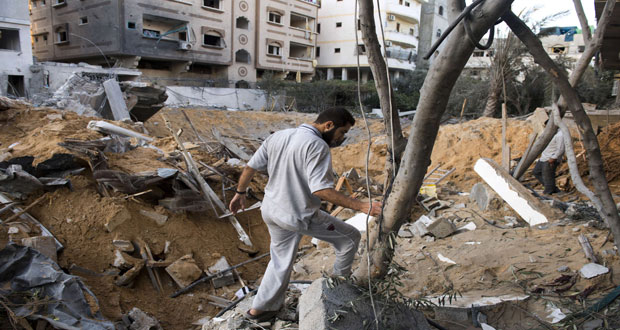 Gaza, SANA-Death toll from the Israeli aggression on Gaza which was renewed yesterday rose to 24 among the Palestinians in addition to scores of wounded citizens.

WAFA news Agency said that 21 Palestinians were martyred on Wednesday of Israeli raids on different regions in the Strip, among them 8 persons from one family.

The overall death toll from the Israeli aggression on Gaza since July rose to 2030 Palestinians and more than 10.000 injured ones according to medical sources in the Strip.