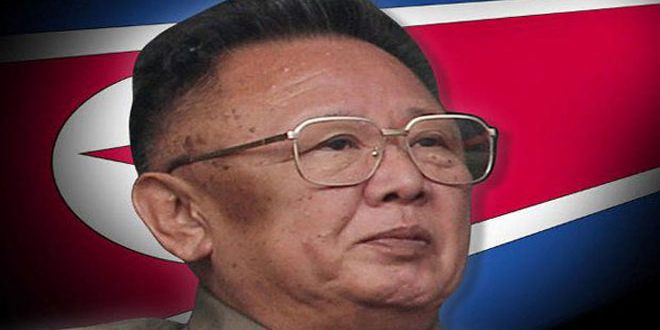 Damascus, SANA – The Korean people on Thursday marked the 75th anniversary of the birth of Kim Jong II, the chairman of the National Defense Commission of the Democratic People’s Republic of Korea (DPRK).

With a long history of achievements and a remarkable life story of struggle, Kim Jong II spared no effort to develop and further boost what has been achieved by the late President Kim Il Sung and move the country forward.

On this occasion, DPRK Embassy in Damascus issued a statement applauding the late leader Jong Il who emerged as an icon of struggle and faithfully carried forward the immortal cause of Kim Il Sung to achieve great success in building a great prosperous nation and powerful army.

The late Jong Il made a substantive intellectual contribution and left several books and articles such as “Juche Idea”, “The Historic Lesson in Building Socialism and the General Line of Our Party”, “Socialism is a Science” and many others.

Following the collapse of the Soviet Union and the escalation of the imperialist conspiracies and schemes against DPRK and other states which refused the western domination, Jong Il adopted Songun politics giving the greatest priority to the military and the defense of the DPRK, added the Embassy.

DPRK has joined the Nuclear Weapons Club in response to the US threats with the aim of creating a favorable peace and security environment in Northeast Asia. The country achieved great success in launching satellites and other technological domains.

The late Jong Il proved its ability to lead the country and made remarkable progress in the political, economic, military, scientific, cultural and sports fields, the embassy added.

The statement stressed that the DPRK under the rule of Kim Jong Il was able, despite all difficulties and hard circumstances, to foil all conspiracies plotted by the imperialist powers, including the US, and stand steadfast against their military threats and unjust economic sanctions.