Velayati: Iran will spare no effort to implement the concluded agreements with Syria 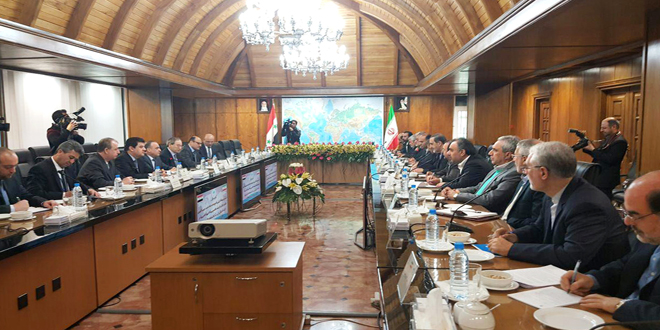 Tehran, SANA-Prime Minister Imad Khamis affirmed that the Syrian leadership is determined to combat terrorism, make the political process a success and to reconstruct what have been destroyed by the unjust war on Syria.

During a meeting with foreign policy advisor to Leader of the Islamic Revolution in Iran Ali Akbar Velayati, Khamis said that “we will continue combating terrorism until the liberation of all Syrian territory and there is no choice but victory over terrorism.”

He pointed out to the challenges that face the economic situation in Syria, adding that Syria seeks to set up a long-term strategy for cooperation with Iran.

For his part, Velayati affirmed that upcoming Astana talks on settling the crisis in Syria is a result of the victories of Syria and its allies in the war on terrorism but it shouldn’t be invested politically by those who supported terrorists and were defeated .

He noted that the cessation of hostilities is a good and positive step on condition that it shouldn’t give the opportunity to terrorists to regain their strength again.

“So far Iran stood by Syria and will always stand by it in the future in the framework of the bilateral agreements and will spare no effort to implement the concluded agreements,” he added.

He stressed the necessity of preserving the unity and sovereignty of the Syrian territories, underlining that only the Syrian people can decide the future of their country.

He hoped that security and stability will prevail all the Syrian territories.

The Iranian official expressed his country’s rejection of the participation of the United States in Astana meeting, pointing out that “the US tries in a way or another to take a part in the meeting but Iran strongly refuses that since it may apply to other countries such as Saudi Arabia and Qatar, which played an important role in preparing and sending terrorists to Syria.”

2017-01-18
Manar
Share
Previous Lavrov: The opposition delegation to Astana talks will include those who signed cessation of hostilities agreement
Next Final competitions of the Syrian Science Olympiad kick off next Sunday 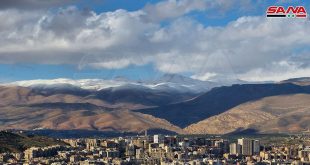 Damascus, SANA-Temperatures will continue to drop to become from 3 to 5 degrees below average, …