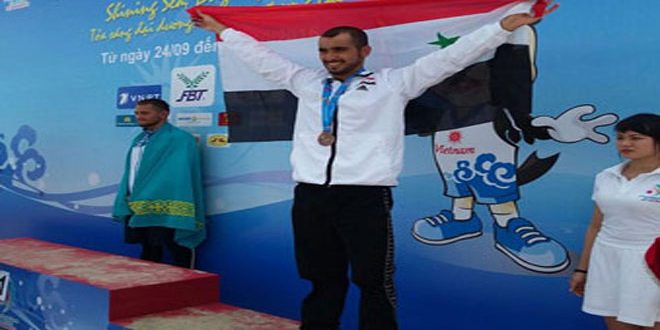 Mohammad finished in 58 minutes and 10 seconds, following a Kazakhstani swimmer who came first.

Mohammad, who won the bronze medal in the 10 km swimming event two days ago, was the first athlete in Asia participating in four Asian events in which he won eight medals (3 golds, 2 silvers and 3 bronzes).

Along with Mohammad, 11 other Syrian athletes are participating in the championship, which will last until October 3th. 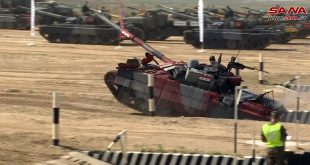