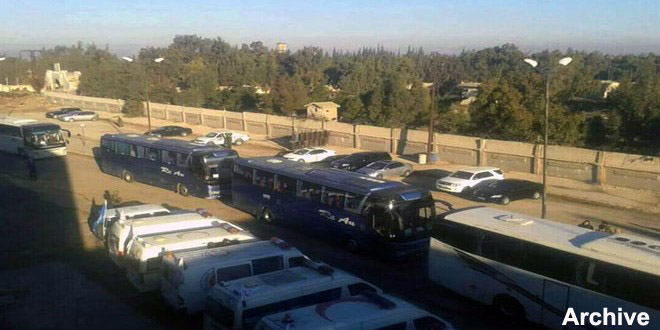 Homs, SANA – As part of completing the implementation of the reconciliation agreement in al-Waer neighborhood in Homs city, the authorities settled the legal status of 194 detained persons on Sunday.

According to Governor of Homs Talal al-Barazi, the 194 people are from different areas in Homs province, noting that the settlement process came as part of completing the third phase of al-Waer agreement to evacuate the neighborhood of weapons and gunmen.

The agreement was reached in December 2015, where 720 gunmen and their families were evacuated.