Resistance is the only option for full liberation, stresses the Golan Committee 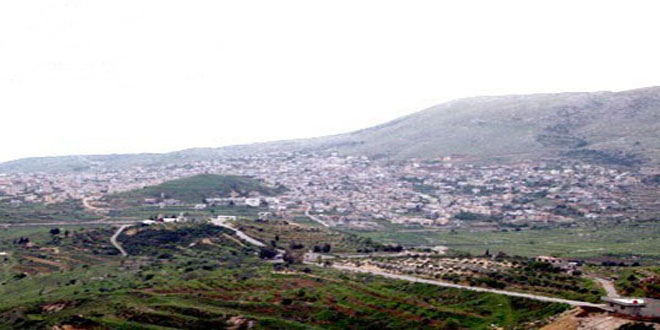 Damascus, SANA – The Popular Committee for the Liberation of the Golan reiterated that resistance is the only option to liberate the usurped land.

In a statement issued on the 42th anniversary of the liberation of Quneitra city from the Israeli occupation, the Committee stressed that the Syrian people have the right to liberate their land and fully restore the Golan, still occupied since 1976, according to the international resolutions and with all legislative means.

“The Syrian national independent decision to keep Syria sovereign and united is the right decision,” said the statement.

It added that in the current war against terrorism Syria is fighting, the blood of martyrs being shed in defense of the homeland will not go in vain as victory will inevitably be achieved.

The Syrians celebrate June 26th of every year, commemorating the day when Late President Hafez al-Assad hoisted the Syrian flag in Quneitra city in 1974 after it was liberated from the Israeli occupation and returned to national sovereignty.

Popular Committee for the Liberation of the Golan Quneitra 2016-06-25
h.said
Share
Previous Four drug dealers arrested, narcotics in their possession seized in Damascus
Next Five breaches of cessation of hostilities agreement observed in the last 24 hours