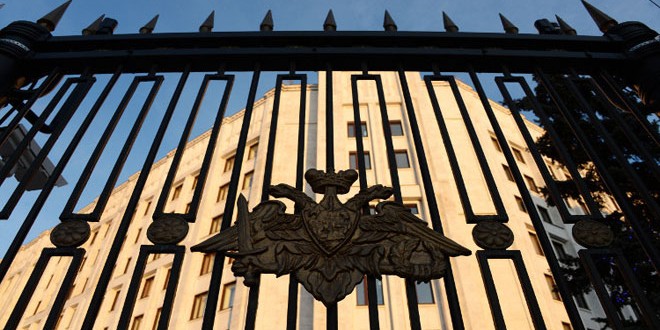 Moscow, SANA-Russian Defense Ministry reiterated that its airplanes which are participating in the war against Takfiri terrorism in Syria are not targeting the sites of the armed groups which announced their joining the cessation of hostilities agreement.

Russian Defense Ministry’s spokesman Igor Konashenkov clarified that the object targeted by Russian military last Thursday was located nearly 300 km from the territories claimed by US as areas controlled by the groups which had joined the cessation of hostilities agreement.

Konashenkov pointed out that the Russian Defense Ministry has repeatedly suggested to the American side in recent months to make a joint map containing relevant information on the locations of the so called “opposition” in Syria.
“However, there’s no significant progress in this matter,” he added.

Media outlets quoted a US official as saying that the Russian Air Force launched on Thursday strikes on the US-backed “opposition” sites in al-Tanf town to the south of the country.

The Russian Coordination Center at Hmeimim has repeatedly affirmed that the Syrian and Russian Air Forces are not targeting any sites of armed groups that joined the cessation of hostilities agreement which came into force on February 27.

Konashenkov pointed out that Russia and the US had agreed on the necessity of improving coordination to prevent the incidents during military operations in the Syrian airspace.

He noted that a videoconference between Russian and US military officials was convened at the request of the US side to discuss the implementation of the memorandum of cooperation to avoid accidents and provide operational safety during air operations in Syria.