The army reacts to terrorist groups’ attacks in Aleppo, hitting their positions in several areas 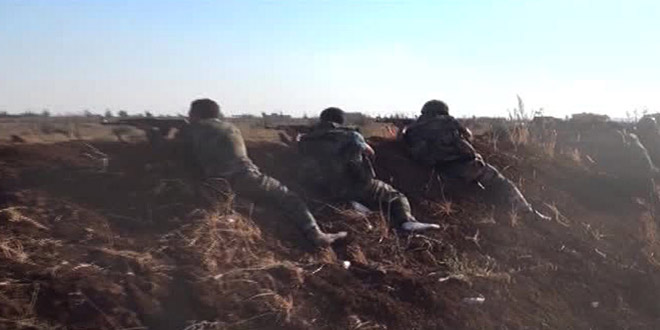 Aleppo, SANA – Army units in Aleppo reacted to violations by Jabhat al-Nusra-linked terrorist groups of the cessation of hostilities agreement in the country, hitting their positions in various areas in the city and countryside of Aleppo.

Some armed groups operating in the southern and western parts of Aleppo that previously announced their affiliation to the “opposition” have recently put themselves under the command of Jabhat al-Nusra leadership and got involved in provocations and breaches of the agreement.

The army operations in the countryside targeted terrorists’ hideouts in the vicinity of Khan Touman town and in the villages of al-Eis and Muweilih, a military source told SANA on Saturday.

Fortified centers and vehicles equipped with heavy machine guns and laden with ammunition were destroyed, while a number of terrorists were killed as a result of the operations.

More positions and hideouts of those terrorist groups were hit and destroyed in the areas of Handarat Camp and Abd Rabbeh on the northern outskirts of Aleppo city, according to the source.

At least 14 terrorists were acknowledged to have been killed in the vicinity of Handarat Camp area, according to terrorist groups’ social media pages.

The military source also told SANA that several gatherings of terrorists were eliminated and a number of mortar launchers were destroyed in the Youth Housing Project area and Bani Zaid neighborhood in Aleppo city.

Meanwhile, local sources in al-Sheik Maqsoud neighborhood said the Kurdish Protection Units repelled an attack by Jabhat al-Nusra and other groups affiliated to it.

A number of the attackers were killed or injured and the rest fled as a result of the confrontations, according to the sources.

In the same context, army units carried out special operations against ISIS positions and vehicles in Arran and Rasm al-Khamis Gharbi villages in the eastern countryside of Aleppo, leaving the sites and vehicles destroyed. 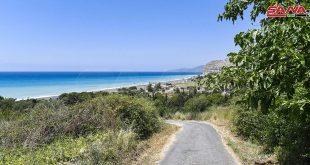 Damascus, SANA- Temperatures will continue to drop to become from 2 to 4 degrees below …