Archeological findings unearthed in Sweida during the last season 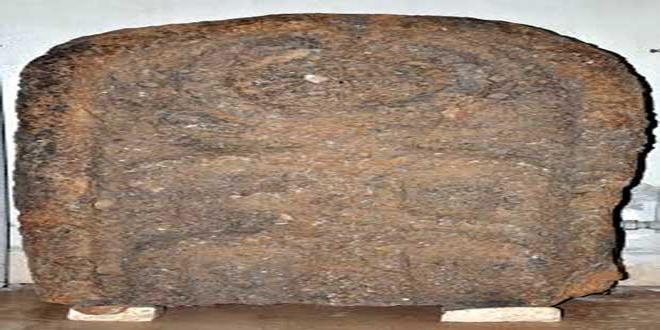 Sweida, SANA- The eastern entrance of Ba’al Shamin Temple was uncovered during excavation works carried out by the national excavation expedition in the
archeological site of See’a in the countryside of southern province of Sweida.

Head of Sweida Antiquities Department Hussein Zain-Eddin clarified in a statement to SANA that the Temple dates back to 31 B.C. adding that a number of precious
findings were unearthed in the site including coins, Nabataean and Greek inscriptions in addition to some decorations.

Zain-Eddin pointed out that the excavations unearthed a number of artifacts in the
archeological See’a site, including tiled floors and a number of Bronze coins dating back to the 3rd and 4th centuries AD along with some pottery pieces of steps dating back for the 1st and 2nd centuries AD.

He added that among the findings was a white precious stone installed in another black one which represents a frontal portray of the Roman Minerva, putting a helmet on her head and armor on her chest.

Excavation works at the site of Tal Dabet Breikeh in Sweida unearthed a stone-paved floor of a grain storeroom dating back to the Aramaic period of the 7 century B.C. and a water tunnel in front of the governorate’s building, Zain-Eddin said.

Sweida Antiquities Department works nowadays on the project of rehabilitating and maintenance of Sweida and Shahba museums with a total cost of SYP 3 million.
H. Zain/ Barry