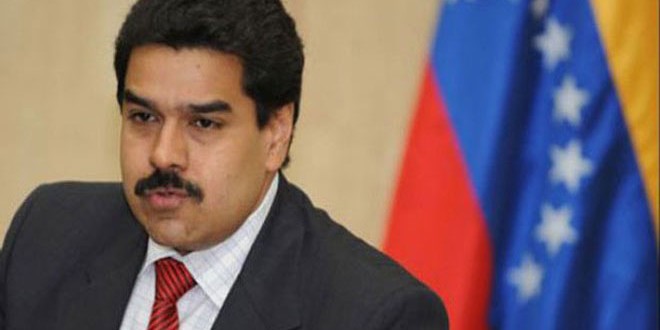 Caracas, SANA – Venezuelan President Nicolas Maduro stressed his country’s support to the Syrian people and government in face of terrorism and foreign countries’ attempt to plunder its riches.

In a speech made late Monday, President Maduro highlighted that President Bashar al-Assad is the only guarantee, in addition to the Syrian army and people, for stability and security in the Middle East.

He underlined that the U.S. Administration is trying to destabilize Venezuela as it had done in the Arab world, adding that confronting terrorism requires sincere and unified efforts that respect the international law and the right of people of self-determination.