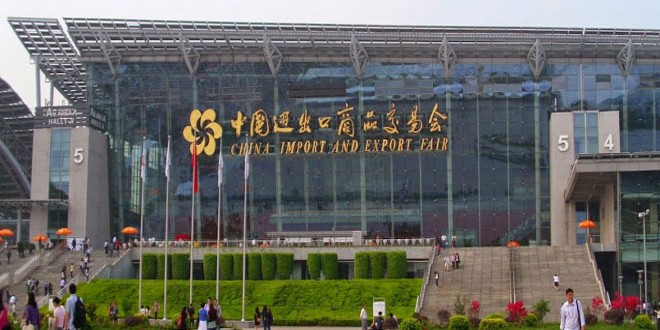 Beijing, SANA- Syrian “Universal Group for Home Appliances” is participating in the biannual Canton Fair 2015 (The 118th China Import and Export Fair) which is being currently held in the city of Guangzhou, southern China.

International Marketing Manager of the Group Hesham Ayad expressed confidence, in statements to the Chinese media, that the Syrian economy will witness a notable growth and progress, affirming that the wheel of economy is moving forwards despite of the current crisis.

He indicated that his Group is willing to deliver its products to the Chinese consumer.

The Group exports its products to West Asia, Africa, Europe, Australia and Russia, and the high quality of its products will make it reach the consumers in the entire region, he added.

Canton Fair is one of the largest trade fairs on the international level with regard to the exhibited products and the number of the exhibitors and visitors, and its first phase was held from Oct.15 to Oct.19 while the second one is being held from Oct. 23rd to Oct. 27th..

Canton Fair embraces more than 120 thousand products from all factories of China, and it is held twice a year as it consists of three phases.