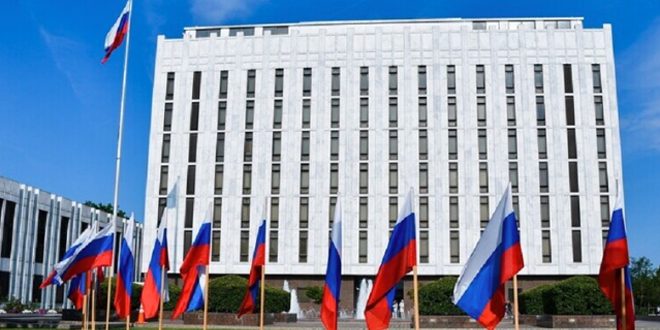 Washington, SANA- A CIA bid to recruit agents among Russian citizens is yet more proof that the US is seeking to undermine the country, Russia’s embassy in Washington said on Thursday, adding that these attempts would not succeed.

The embassy was commenting on a recent Wall Street Journal report, which revealed that the CIA’s deputy director of operations, David Marlowe, had expressed interest in recruiting Russians who were “disgusted” with the Ukraine conflict, announcing that the agency is “open for business.”

“We had no illusions about the CIA’s anti-Russian activities,” the diplomatic mission wrote on Telegram, adding that it is common knowledge that the US intelligence community is trying “to destabilize the situation in Russia.”

According to the embassy, Marlowe’s remarks “only confirm Washington’s hostile course aimed at weakening our country from within through sophisticated subversive methods.”