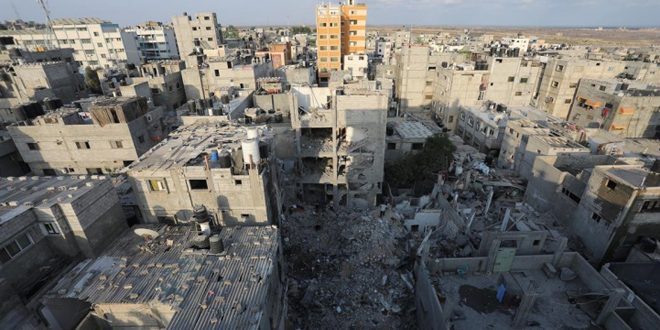 Washington, SANA- An American website ,The Intercept, asserted that the US media outlets are rarely report the real image of the atrocities and horrific scenes that accompany any Israeli aggression against the Palestinians, pointing out that their coverage of the recent aggression on the Gaza Strip focused only on publishing “photographs of smoke-filled skies or Gazans walking amid piles of rubble” “US media outlets avoid publishing pictures of the victims to be entirely apart from conveying the truth of what is happening on the ground” the site added.

Elise Swain and Alice Speri wrote in their article published on The Intercept, “To look at the totality of images that are made during a news event is an experience most Americans, with the exception of photo editors in newsrooms, rarely experience”, adding” the Palestinian death toll climbed over the weekend, images from photojournalists based in Gaza poured into massive databases like Getty Images and AP Images”.

The article added “in many images, children killed by Israeli bombs are displayed prominently, these images show funerals, the faces of the deceased uncovered, their bodies held aloft and marched through the streets. In some photographs, mourners are seen taking their own images of the bodies on their cellphones-proof of what horrors have occurred”. What is selected for publication by U.S. news organizations are: “Rockets flying through the sky at night, quiet moments of children surveying the damage done to their homes, and black smoke rising over the horizon”, it mentioned.

“In Gaza, photojournalists routinely photograph within hospitals and morgues. This access to urgent care facilities, rare in the United States, provides an opportunity for journalists to directly document the wounded and dead. On Getty Images, images of children’s bodies, wrapped in white fabric, piling up at the morgue are abundant . While shocking and deeply upsetting, they do show very clearly what bombing dense residential areas produces”, the article clarified.

Critics noted the stark contrast in the global focus on what is happening in Ukraine and the ways in which the Russian military operation is covered and described as ” an unprovoked act of aggression ” rather than as a ” conflict” a term in which they soften Israel’s attacks against the Palestinians; the kind of framing used for not just Israeli attacks on Palestine, but in other war zones too, The Intercept concluded. 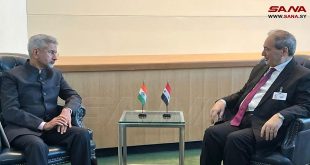