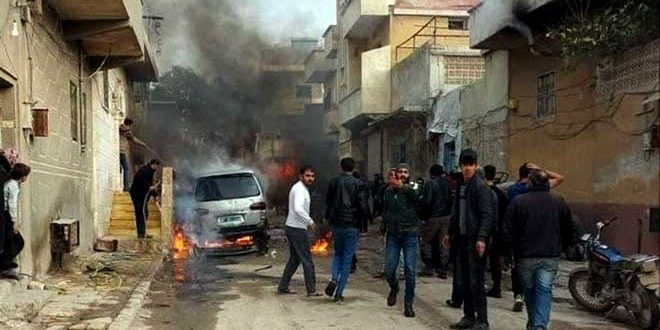 Aleppo, SANA-One of the leaders of the Turkish regime mercenaries was killed in an explosive device blast in a military vehicle in Azaz city in Aleppo northern countryside.

Local sources told SANA reporter that in the framework of the continued infighting among terrorist organizations linked to Turkish regime, an explosive device went off this morning in a military vehicle in the center of Azaz city, Aleppo northern countryside, killing one of the mercenaries’ leaders.