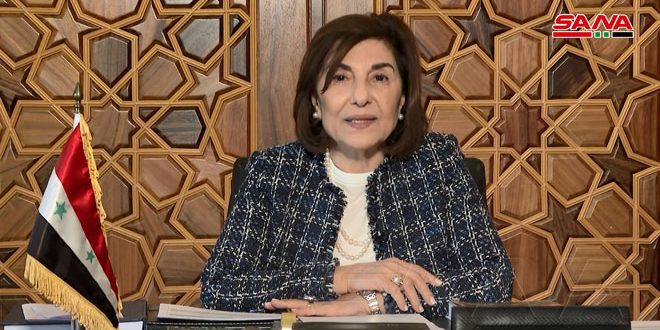 Damascus, SANA – Special Adviser at the Presidency of the Republic, Buthaina Shaaban, affirmed on Wednesday that the US is trying to invent new tools to rescue its one-polar system which had begun to retreat after it has established itself as a real judge of countries, of peoples through the one-polar policy, adding that the west’s attempt to impose “liberal democracy on peoples” contradicts  with international logic.

Shaaban who participated, via video speech in English, in the 3rd forum of the “South-South for Human Rights Forum “, which is held every two years at the invitation of the People’s Republic of China, added that the West seeks “copied democracies that revolve in its orbit and implement its policies”.

In that regard, shaaban said that the selective invitation of US President Joe Biden to the so-called “Conference of Democracies”, which expresses the West’s arrogance in its adherence to liberal democracy in an attempt to impose it on the rest of the peoples contrary to the international logic.

Shaaban hailed the constructive efforts exerted by China in communication with peoples and countries in an international scene where multilateralism re-occurs through China, Russia, India and Iran as rising powers which express international opinion. 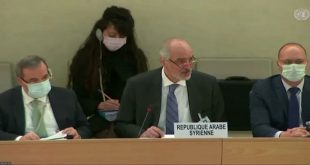