Do you know that Aleppo is the economic, commercial and industrial capital of Syria? 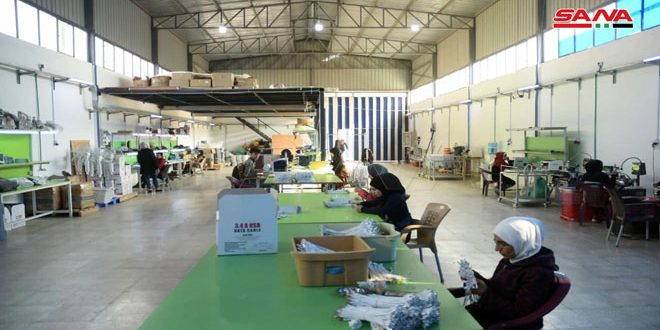 Aleppo,SANA- Do you know that Aleppo or “al-Shahba” as the Syrians call it has always been the economic, commercial and industrial capital of Syria.

The contribution of this province, located 310 km north of Damascus, to the GDP of Syria in 2011 reached 24%, according to official estimates.

Furthermore, Aleppo had around 33% of Syrian industry, particularly the textile industry, for which it is historically famous.

In the 10 years leading up to the war in Syria, the textile industry in Aleppo grew significantly, and giant textile factories were built that produced the best textiles, particularly cotton, and exported them to various countries in the world.

The industrial zones in Aleppo secured before the war, more than 36 thousand jobs. Due to the rise of small, medium and large industries, Aleppo had around 50% of employment in Syria’s industrial sector.

Despite the war that raged between 2012 and the end of 2016, Aleppo has continued to be the main producer of medicines, textiles, household equipment, laurel soap, olive oil and foodstuffs.

Aleppo’s industrialists have managed in record time to recover and rebuild their war-affected industrial plants, and many of them have factories and investments in other countries, notably in Egypt.

Aleppo has rapidly recovered from the repercussions of the terrorist war waged against Syria and wheel of life started to spin in it again.

Do you know that Aleppo is the economic trade and industrial capital of Syria? 2021-11-23
ruaa-jazaeri
Share
Previous QSD militia opens fire to disperse protestors south of Hasaka
Next Laboratory analysis prove invalidity of wheat seeds distributed by US occupation, Hasaka countryside