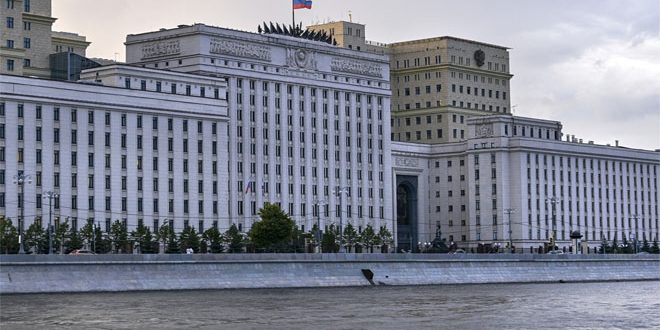 Moscow, SANA- The air defense system in Hmeimim base has downed a drone launched by terrorist organizations positioned in Idleb that was heading towards the base in Lattakia countryside, according to the Russian Ministry of Defense.

“At 12:30 p.m. a drone launched from the territories controlled by terrorist organizations in Idleb de-escalation zone was tracked,” the Ministry said in a statement published on its website on Tuesday.

The statement added the “Pantsir-S” air defense system at the base destroyed the aerial target a long away from the base, and no casualties or material damages were reported as the base continues to operate normally.

Over the past few months, the air defense system at Hmeimim Base has thwarted scores of attempts by terrorist groups to launch attacks with weaponized drones on safe areas and villages in Lattakia countryside and Hmeimim base from their areas of deployment in the countryside of Idleb and Lattakia.