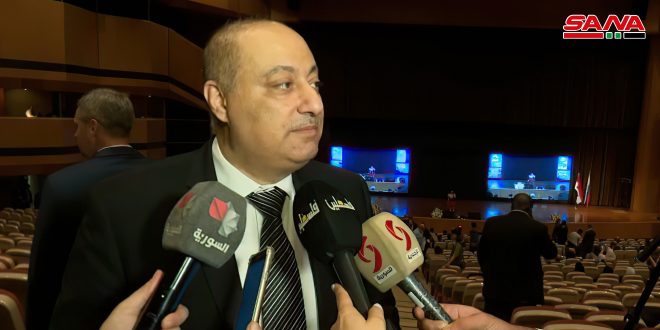 Damascus, SANA- Caretaker Minister of Information Imad Sarah affirmed on Monday that the Syrian state is doing everything it can for the return of the displaced and Syrian refugees, considering this issue a priority, but the sanctions and economic blockade imposed by Western countries against Syria impede this process.

“There is great interest on the part of the Syrian state for the return of the displaced, and the state is doing its duty and providing the appropriate environment for their return, whether the health, economic or service environment, as the return of the displaced Syrians is a priority for the state, and this is what President Bashar al-Assad emphasized in his oath taking speech,” Minister Sarah said in a statement to journalists during his participation in the Syrian-Russian joint meeting on the International Conference on the Return of Refugees at the Conferences Palace in Damascus.

The Information Minister added “The question to be asked is what do other countries hosting the displaced Syrians do for the return of the displaced? Do they facilitate their return, or do they use them as a political card to undermine Syria after they failed to do so militarily?

He went on saying “Also, the question to be asked is what is the United Nations doing to facilitate the return of the displaced? Because you know that the main stumbling block in the return of the displaced is the sanctions imposed on Syria, and you also know that if armed terrorism eliminates hundreds or thousands of Syrians, then the terrorism of the siege and the terrorism of the economy that is being practiced on Syria targets all the Syrians.” 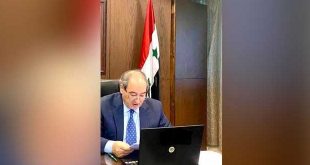