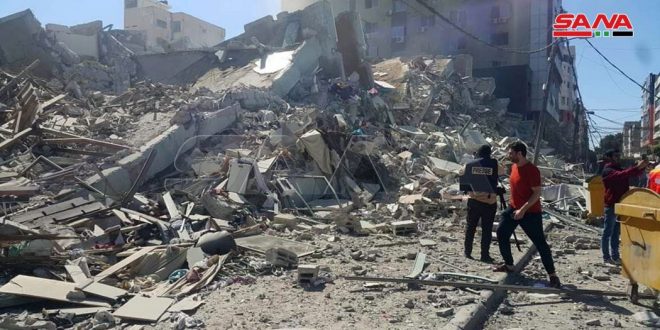 Occupied Jerusalem, SANA- The number of victims from the continued Israeli aggression on the besieged Gaza Strip rose to 141 martyrs, including 39 children, in addition to more than 1000 injuries.

Ma’an News Agency reported that the occupation air forces bombarded Palestinian houses on Saturday in Al-Shati Camp, Tal Al-Hawa, in the west of the Strip, and Qalibo hill in Jabalia in the north,  Al-Bureij camp in the south and al-Jalaa street in Gaza, claiming the lives of at least ten Palestinians and wounding dozens others, including children in addition to destroying a tower completely.

Today’s aggression raises the number of martyrs to 141, among them 39 Children, in addition to the injury of more than 1000 Palestinians.

Earlier, Seven Palestinians were martyred at dawn while 20 others were wounded in as an Israeli aggression on a house in al-Shati camp to the West of the Strip. 2021-05-15
m.eyon
Share
Previous US occupation brings in 10 vehicles loaded with military trailers to its bases in Hasaka countryside
Next Atmosphers of joy at Eid al-Fitr in Damascus 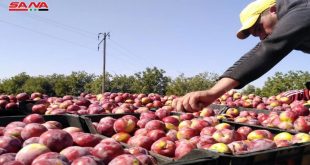